Search the best hotels in Gdansk 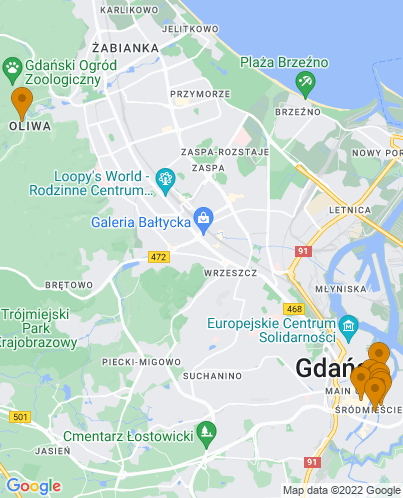 Gdansk is a proper port city, a place where history has drawn all manner of people and things and set them to mingle in amongst narrow cobbled streets. The architecture is unlike that of other Polish cities, built by the ship merchants who had seen the best of what the world had to offer. The parts which survived WWII now have an extra layer of significance and lend the dockside and the Main Town a sort of sad elegance behind the lively atmosphere of the splendidly rebuilt modern city. You’ll find many of the best places to stay in Gdansk in the Main Town which is where the lively bars and cafes, numerous fascinating museums and the amber shops (Gdansk is the amber capital of the world) are located. But it’s also worth looking round the dockside region if your idea of a top location includes water views, dockside beer gardens and a maritime theme.

The history of Gdansk has been tumultuous to say the least. It’s been fought over, mostly by the Germans and the Poles, for hundreds of years and has changed hands several times, including during the 20th century when it was one of the earliest sites of conflict during WWII. Which might be why this city has such a wealth of fascinating museums.

It's a popular city what with the advent of low cost airlines making it very accessible. So if you want to guarantee a room in our pick of the best places to stay in Gdansk, don't leave it till the last minute.

Best places to stay in Gdansk

For a chic city break