Most visitors to Venice, whether travelling by air or rail, arrive at the city at the train station. If arriving late, or if only staying for a fleeting time, it can make sense to stay in a hotel in this area. Although the train station’s immediate surroundings are not the most salubrious, a short distance away to the east, in the Cannaregio district, or across the Grand Canal in Santa Croce and San Polo districts make ideal locations. The other advantage of choosing one of the best Venice hotels near the train station is that they offer good value for money. 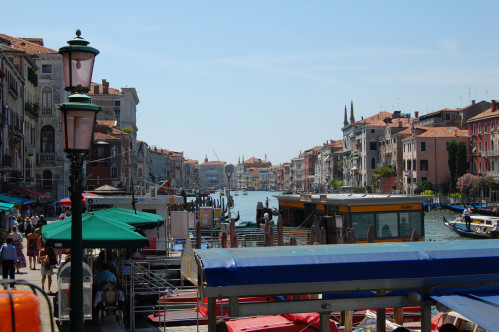 Walk a few streets back from the Grand Canal in the Cannaregio district and you’ll discover a surprisingly peaceful area. Here you will find several lovely churches - including Tintoretto’s local church, the Madonna dell’Orto which contains some of his works - and the poignant Jewish Ghetto with its Jewish Museum and several synagogues. Across the Grand Canal from the station, in the Santa Croce and San Polo districts, and next to the city’s second largest square, Campo San Polo, the biggest draw is the Franciscan church, the Frari with its dizzying collection of art and sculptures. Further east, is the famous Rialto Market - where you will hear more Italian than foreign voices - beside its equally famous Rialto Bridge. 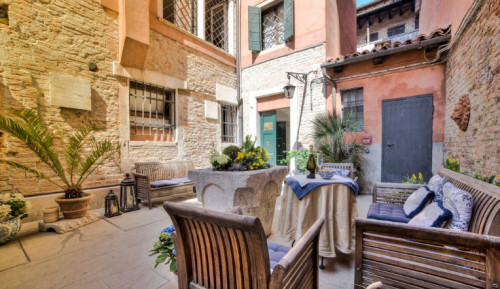 For somewhere convenient for travel yet not too far from the city’s sights, choose one of the best Venice hotels near the train station. For a wider choice all over the city, check out all our Venice recommendations, or contact a friendly guru for advice. 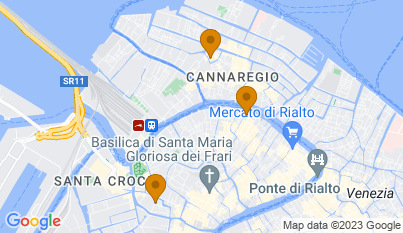 Search the best hotels in Venice