Search the best hotels in Dorset 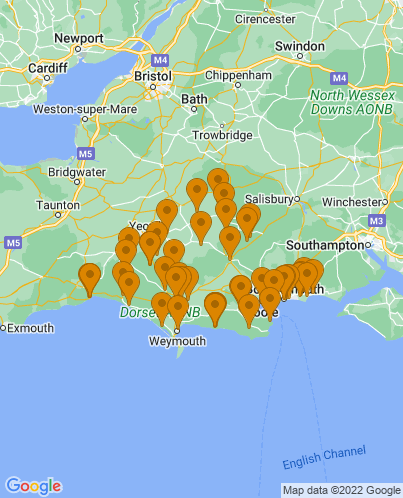 Criss-crossed with sunken lanes, dotted with gentle hills and unspoilt villages, Dorset has so far escaped the brutality —yet convenience — of a motorway. So the landscape of Thomas Hardy's novels has retained much of its lush, pastoral look, and the incredible coastline, with its bevy of beaches which will be irresistible to walkers, runners and sitters alike. Many of the best places to stay in Dorset can be found on the coast, along the wildly fascinating Jurassic Coast, and the pretty seaside towns with their piers and arcades.

Rich both in fossils and iconic coastal locations, three quarters of Dorset's coast is a World Heritage Site, and over half the county is designated an Area of Outstanding Natural Beauty. So it’s not just Thomas Hardy who’s waxing lyrical about Dorset’s landscape. But Dorset’s towns and villages are a pretty, often interesting bunch too, and this is where you’ll find the majority of the best places to stay in Dorset, though we do have some rural recommendations too if you’re looking for a Dorset escape.

Some of our Dorset Collections:

Where to Stay? Which Part of Dorset?

The coastal stretch is hugely popular during the summer months and school holidays, so if you want to guarantee a bed in one of the best places to stay in Dorset, you'll have to get organised and plan ahead. Alternatively visit the county off season when you can truly appreciate the stunning countryside without the crowds.

The Best Places to Stay in Dorset