Search the best hotels in Aachen 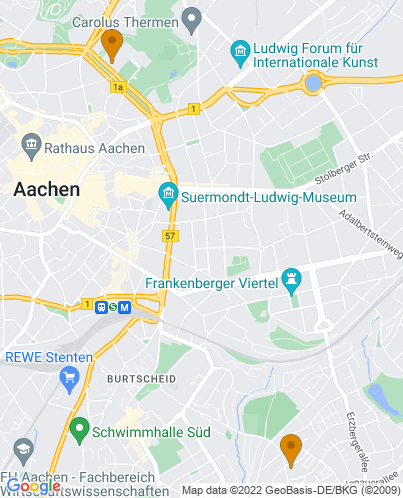 Modern Aachen is a spa town with a beautifully preserved medieval old town and an almost magical occidental cathedral. Historically this Roman city, built at the point where Germany borders Belgium and the Netherlands, was made great by Charlemagne. It was also the place where German Kings were crowned and has been a major centre of Christianity. You’ll find some of the best places to stay in Aachen within or within a short walking distance of the old town.

Our pick of the best places to stay in Aachen will be very busy during peak periods (like November and December when the Christmas Market's in full swing), so get organised and book well ahead.

The best places to stay in Aachen