Search the best hotels in Nagasaki 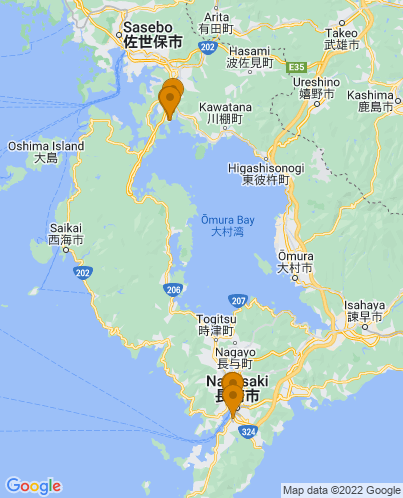 Nagaski is obviously most commonly associated with its role in the Second World War, or rather the role it was assigned when the US decided to drop the atomic bomb in August 9th, 1945. Despite the devestating effects, the bomb failed to wipe away Nagasaki's rich history and culture - all of which still shine through today.

The word Nagasaki actually means long cape in Japanese, and this cape has come under intense foreign interest for much of its past. At first it was from the Portuguese, who arrived in 1543 and subsequently frequently appeared on Nagasaki's shores for trade purposes, thus opening up trade relations between Japan and the rest of the world. The previously small port town had now become a flourishing city, with the Dutch and the English also starting to exert their presence, whilst an influx of missionaries once made Nagasaki a bastion for Christianity in Japan.

Unfortunately, Nagasaki seems to have fallen foul of fate many times throughout the years - in 1663, The Great Fire of Nagasaki razed most of the city to the ground. However, it recovered well, acting as an important link between Japan and the outside world in the Tokugawa and Meiji periods.

Nowadays, visitors to Nagasaki can expect to find a vibrant modern city surrounded by a wonderful setting, encapsulated by both mountains and the ocean. However, be sure to book ahead as the best places to stay in Nagasaki get quickly filled up.

The best places to stay in Nagasaki

For an apartment or holiday home