Search the best hotels in Manila 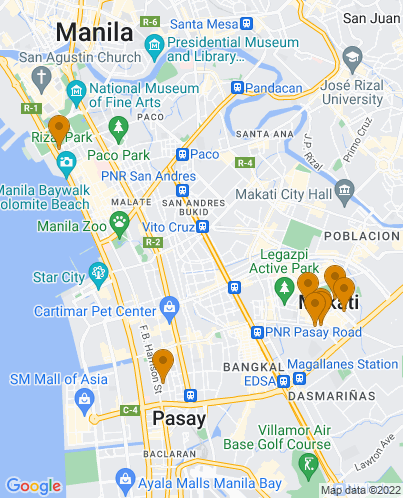 Manila is a long way from being the most beautiful place in the Philippines. It’s often called the Pearl of the Orient but many people say that the resemblance to a pearl is in the rather work-a-day exterior and fantastic interior. The traffic, haze, chaos and shanty towns are all part of the experience of Manila, but so are the fantastic museums, incredible art galleries, the kind of markets where you can buy anything, the wonderful bars and exceptional coffee, and a live music scene that bursts at the seams with vim and vigour. Manila is super cool. And so are many of the best places to stay in Manila.

Of course some of the best hotels in Manila aren’t the obvious kind of cool, take the wonderfully traditional Raffles Makati for instance, it’s not hip, but it’s achingly elegant with a rooftop pool and spa and a bar that makes you feel as if you’re in a classic film: one that everyone will want to watch. But some are the obvious sort of cool, the Discovery Primea, for example, a chic, 141 room design hotel by award-winning architect Kenzo Tang, who’s put in one of the most spectacular infinity pools you can imagine. And a cool bar.

Between your hotel and rest of the city you will probably encounter crowds and traffic and a haze of ozone and noise. But don’t let that put you off, just let it focus your attention on making sure you’re booked into one of the best places to stay in Manila!

Use our guide to the best places to stay in Manila and start to plan your trip to this melting pot of a city!

The Best Places to Stay in Manila

For a hip hotel