Search the best hotels in Manchester 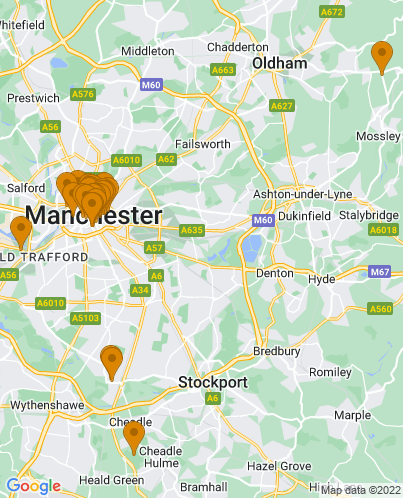 Today Manchester positively glows with civic pride. The city was synonymous with the final death throes of industrial decline, but was reborn in the aftermath of the 1996 IRA bomb. The Hotel Guru's pick of the best places to stay in Manchester are ideally placed to make the most of this vibrant city — ranging from budget boutique to top-notch luxury.

Urban regeneration became the byword of late Nineties Manchester, and the success of the Commonwealth Games in 2002 sealed its renaissance as a modern industrial city. The city that gave us the world's first professional football league, the first commercial computer and the first ever Marks and Spencer store is now all boutique hotels and stylish restaurants with the glass shard-design. Beetham (now Hilton) Tower is a symbol of the new, stylish face of Manchester.

This rebirth has been accompanied by a slew of smart new hotel openings that cater for all budgets and feature amongst our selection of the best places to stay in Manchester. They make for superb urban-escape weekends and showcase the city's new status as the style capital of the North.

Where To Stay - which neighbourhood?

The Piccadilly district is the main base for shoppers and diners, the funky Northern Quarter is growing as a centre for galleries and cafes, while Salford is developing fast as Manchester's, ahem, Left Bank. Chinatown, which is centred around George Street has been a feature of the city since the 70s and is packed with restaurants, shops and karaoke bars.

The stereotypical images of those Coronation Street-style terraces are but a distant memory... As with many busy cities, the best places to stay in Manchester can be tricky to book last minute, especially those offering parking. So if you want one of the best beds in town, be organised and book early!

The Best Places to Stay in Manchester

For the Northern Quarter

For the Millennium Quarter

For the centre of town