Search the best hotels in Lebanon

This part of the world has been an important crossroads between the Middle East and the West for centuries, and these lands have been ‘owned’ by the Phoenicians, the Egyptians, the Greeks, Persians, Romans, Crusaders and the Ottoman Empire, along with numerous local groups and cultures, so it’s extremely rich in history and archaeology. Its long Mediterranean shoreline is extremely beautiful, and dotted with interesting port towns and beach resorts, its green interior has impressive mountains and verdant valleys, and the cuisine is really something. Beirut, the capital, is one of the most glamorous cities in the region, well on its way to reclaiming its title as the ‘Paris of the Middle East”. So what’s stopping you? Probably the political instability in the region, and an awareness of there being so many Syrian and Palestinian refugees around Lebanon’s borders...which is a very good reason! However the Foreign Office advice only advises against travel to some parts of Lebanon, with great swathes around Beirut currently considered safe. Which is why we have focussed our recommendations for the best places to stay in Lebanon in these areas.

We’re not saying travelling to Lebanon is the same as travelling to France, but as long as you’re aware of the risks it’s relatively easy to stay safe, and our recommendations for the best places to stay in Lebanon will help you do just that.

Some of our Lebanon Collections:

Use our guide to the best places to stay in Lebanon, and start to plan your trip to this mesmerizing country.

The Best Places to Stay in Lebanon

Some of the Best Boutique Hotels in Lebanon

For a Taste of Rural Life

Prefer an Apartment or Villa

See all » 4 hotels in Beirut

See all » 1 hotel in Tehoum

See all » 4 hotels in Beirut

See all » 1 hotel in Tehoum 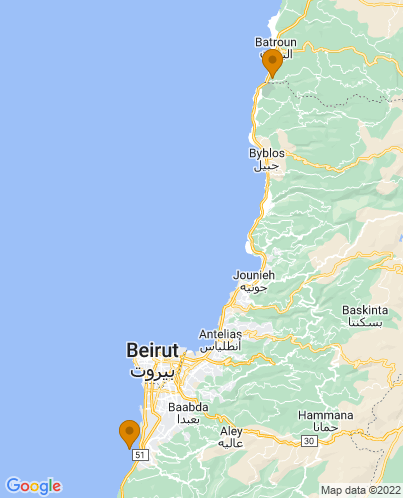