Send Enquiry
6 rooms from £165 per night 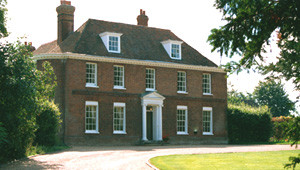 “A gracious and calming restaurant with rooms in a Georgian manor, run with commitment. Excellent restaurant, large elegant bedrooms with Savoir beds, surrounded by tranquil gardens.”

“A gracious and calming restaurant with rooms in a Georgian manor, run with commitment. Excellent restaurant, large elegant bedrooms with Savoir beds, surrounded by tranquil gardens.”

As soon as you arrive in front of the elegant Georgian house with its soothing proportions, you know Read’s is the real deal. Rona and David Pitchford bought the house after moving from a nearby restaurant. David, the chef, has held a Michelin star for 20 years for his cooking and still orchestrates the kitchen every day. Rona runs front of house with the lightest of touches. The six bedrooms are large, elegant and traditional, with decanters of sherry and superb Savoir beds. Read’s has a wonderfully cohesive, gentle atmosphere, backed with kind and efficient service and food that should be awarded full marks for years of calm consistency. The illustrated birthday cards and menus from the Pitchfords’ old friend Ronald Searle add a delightfully humorous touch, and there’s a fine kitchen garden in which to stroll.

See What They Say

The restaurant's widespread reputation is founded on the distinctive cooking of Michelin-starred David Pitchford, whose seasonal dishes blend herbs and vegetables from the manor's own walled kitchen garden with local game and fish fresh from the quayside at nearby Whitstable and Hythe. To complement the food, an extensive wine list balances the French classics with a carefully chosen and imaginative selection from Europe, the Americas and the New World.
Read's now also offers six restful and relaxed guest bedrooms, each one individually designed and furnished in period style, with traditional English fabrics and all of them with modern, en suite bathrooms.
It's location, close to Canterbury, means that Read's is perfectly placed for anyone in search of somewhere rather exceptional to stay while exploring one of Britain's most historic cathedral cities and the delights of the surrounding Kentish countryside. It is also wonderfully convenient for an overnight stop en route to the Continent via the Channel ports or the Channel Tunnel. Best of all, perhaps, a short break here offers a rare opportunity to enjoy the very essence of English country living.