Search the best hotels in Canberra 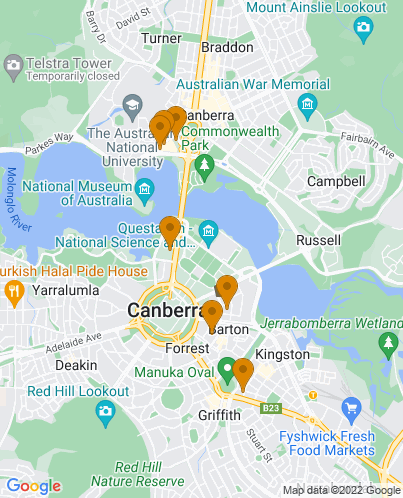 With its layout planned by a single architect, green and open Canberra isn’t like most capital cities. Firstly it’s an artificial creation, resulting from a fight between Sydney and Melbourne over who would be capital, built around an artificial lake, with many of its roads and suburbs pre-planned to allow for large pockets of green space. This looks nice, but it makes Canberra almost impossible to get around if you don’t have your own transport. A bike is OK, but a car is better. So more than in other capitals, it’s important that our list of the best places to stay in Canberra are relatively central to the action. While Canberra isn’t the most charming of cities, it does have some excellent facilities and plenty of money to run them.

Our pick of the best places to stay in Canberra range from charming boutique stays in a heritage building to sleek contemporary accommodation in a hip district.

The best places to stay in Canberra