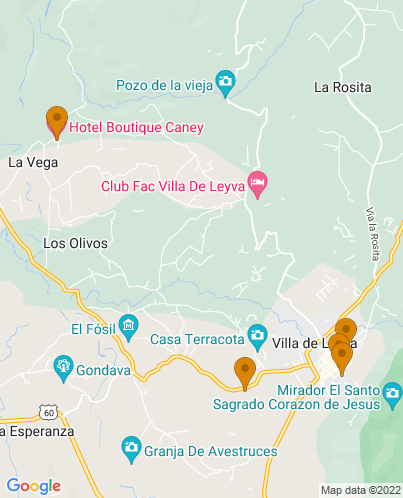 Villa de Leyva has become a bit of a byword for perfectly preserved colonial towns: a labyrinthine maze of dusty cobbled lanes, gigantic central plazas and 500-year-old buildings, it could be said that the town is stuck in a time lapse. Perched in a picturesque and charming valley setting, it is flanked by great mountains on either side, and bustles with life, be it the local artisans or the tourists visiting the numerous festivals that happen every year. Not merely steeped in colonial history, it is rich in the pre-Colombian past of the ancient civilisation that preceeded it, and our collection of the best places to stay in Villa de Leyva will allow you to bask in the glory of her history.

Before the arrival of the colonists, the valley and lands surrounding it were inhabited by the Muisca - one of the great pre-Colombian civilisations of South America, including the Aztecs and Incas. Remnants of their culture can still be seen to this day on the outskirts of town, be it in the form of standing stones, burial mounds or their sacred Lake Iguaque, which lies in the Iguaque National Park. The region itself is wonderful for hiking and the dark green hills provide excellent panoramic views of the landscape, and are host to many endangered species of plant and animal.

The town itself is filled with old buildings like 16th century churches and the central Plaza Mayor, one of the largest plazas in Colombia, and has a monument to the famous independence fighter, Antonio Ricaurte. The annual festivals are a big highlight for many Colombian tourists, be it the Food festival in November, the Jazz festival in July or the Kite festival in August and the Festival of Lights in December.

Villa de Leyva is picturesque and aglow in its rich and deep history, from the Muiscas to their colonial conquerers: with hills great for hiking, a region full of culture and a town that's a sight in itself, the best places to stay in Villa de Leyva will let you bask in the splendour of its past while soaking in the comforts of its present.

The best places to stay in Villa de Leyva