Search the best hotels in Berlin 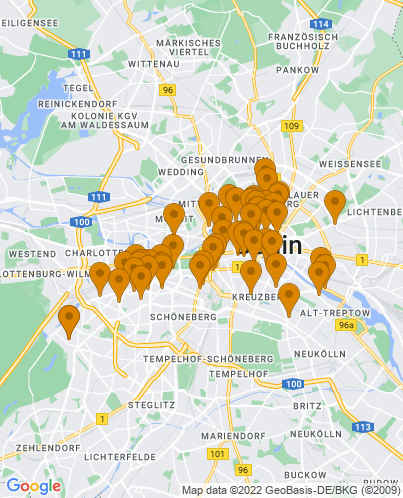 There’s so much to Berlin! The nightlife is hipper than New York, it’s as culturally and historically rich as London or Paris, plus it’s always been a powerhouse of creativity. So it’s probably no wonder that for many it’s the ultimate international city destination. And it’s equally unsurprising that there’s a huge range of choices when it comes to picking the best places to stay in Berlin. Berlin is multicultural and gritty, but also glamorous and grand, and its hotels are just the same.

Berlin is a big city, but the districts you’ll want to visit are small, compact, and easy to get around on foot. And it doesn’t take many days of walking them to develop a relationship with the part of Berlin where you’ve chosen to stay. Which is why we advise you start your search for the perfect Berlin hotel in the Which Neighbourhood? section, and see which part of Berlin is the best match for your plans.

The recommendations that appear on best places to stay in Berlin list are our favourites from all of our picks of places to stay in Berlin; we’ve tried to include a range of areas, plus a range of hotel types. Berlin’s energy and variety are probably why its story is one of evolution and survival, despite hundreds of tumultuous years. Vibrant and cutting edge, there really is something for everyone here.

Some of our Berlin Collections:

Where To Stay - Which neighbourhood?

The capital of Germany is an extremely popular year round destination, so if you want to guarantee a room in one of the best places to stay in Berlin, do your homework and book well ahead!

The Best Places to Stay in Berlin

The Best Hotels in Mitte

Some of the Best Hotels in Charlottenburg

Our Hotel Picks in Friedrichshain