Search the best hotels in Füssen 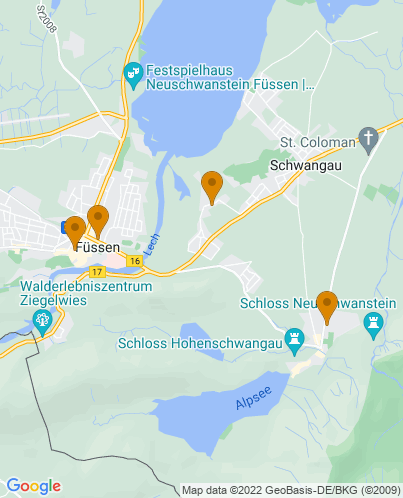 Füssen is all the most romantic things about Bavaria arranged in one beautiful town. At the end of the Romantic Road, the wonderful route between Bavaira’s fairytale castles, Füssen is where you’ll find two of the best: Neuschwanstein and Hohenschwangau. And some of our Guru’s recommendations for the best places to stay in Füssen offer views - from the rooms, no less! - of one or other of these almost-too-magical-to-be-real castles.

Some people arrive in Füssen, see the castles and then leave. But they’re depriving themselves of a beautiful Old Town, and surrounds to inspire any outdoors-person, from the holiday hiker to Olympic skiers. During the summer some of the ski lifts sill work, so you can catch a shortcut up to some of the region’s most spectacular views. The local area is dotted with fairytale castles too. And some very nice Bavarian restaurants.

The Best Places to Stay in Füssen

Still not sure which is the best place to stay in Füssen for you?