Search the best hotels in Yokohama 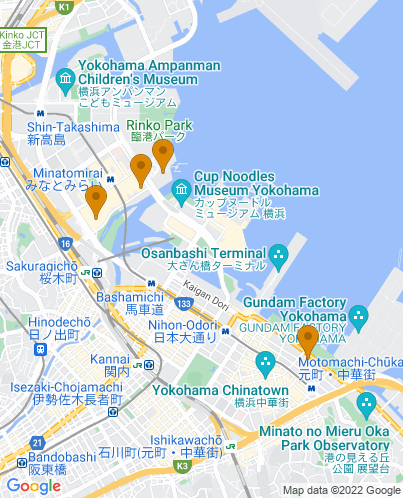 Yokohama, located just half an hour south of Tokyo, is Japan's second-largest city, boasting a population of over three million people. Yokohama was originally a small fishing village until it became one of the first ports to be opened up to international trade in the country's isolationist Edo Period. Subsequently, it quickly flourished into a bustling trade centre and economic powerhouse, and has continued to attract foreign interest.

Nowadays, you'll find a charming yet cosmopolitan city with plenty of bright lights and skyscrapers dotted along the waterfront. The city has recovered incredibly well from the earthquake of 1923 and the Second World War, and some even argue that it's the epicentre of modern Japanese culture as we know it. On clear days, you can see all the way to Mount Fuji - which only adds to the city's spectacular setting.

Given its rising popularity, book well in advance to avoid disappointment as the best places to stay in Yokohama get quickly booked up.

The best places to stay in Yokohama

For an apartment or holiday home