Search the best hotels in Geneva 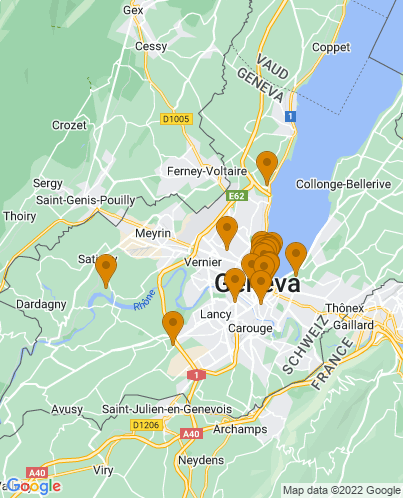 Geneva is a global capital, without actually being a capital — it’s not the capital of Switzerland, but it is home to the United Nations, the World Trade Organisation, the World Bank and the Red Cross, among others. So it’s cosmopolitan and wealthy. But for most of us those things come second to Geneva being chocolate-box picturesque, on the shores of beautiful Lake Geneva, across which you can see the Swiss Alps. But it’s the global capital bit that impacts Geneva’s hotel offering most. There’s certainly plenty of hotels, and plenty of rooms, but it is known for being expensive. But the second part of this paragraph, the bit about the views, makes it well worth every franc.

The city of Geneva is beautiful too, and its Old Town is one of the largest in Europe: a national heritage site of cobbled alleys, hidden courtyards and elegant, diminutive squares. This is an amazing place for small cafes, bars and antique shops, quirky museums and wonderful architecture. Spreading out from the Old Town are the luxurious chocolatiers and jewellers, and the high end boutiques and restaurants, but many people are really only passing through, heading for the mountains.

In the summer the lake itself becomes a primary destination, all year it buzzes with yellow taxi boats, but come summer it’s scattered with craft from dawn until dusk.

So there’s not really a low season for Geneva’s hotels, which is partly why this city has a reputation for being expensive. And also why our recommendations for the best places to stay in Geneva could be so useful. If you’re at peace with the idea of paying a bit more then we can recommend some very special hotels in Geneva, but we also know of a few great value places to stay in Geneva too.

But first we have a quick review of which part of town you might like to stay in. If you already know skip to our recommendations for the best places to stay in Geneva below.

Where to Stay? Which neighbourhood?

Don't forget that the city is a busy year-round destination, so if you want to be sure of a bed in one of the best places to stay in Geneva, get organised and book well ahead.

The Best Places to Stay in Geneva

For a Lake View

Some of the Best Hotels Around Geneva