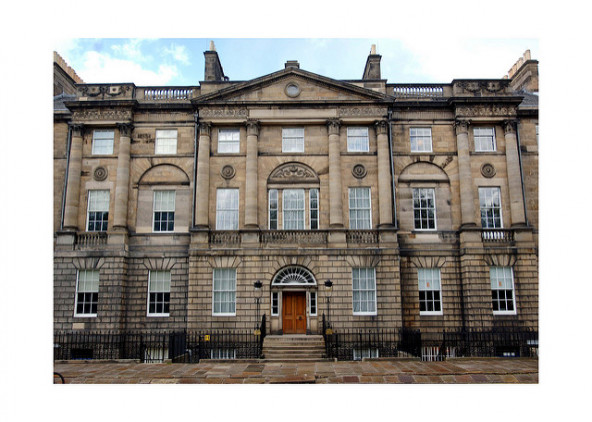 Just west of the New Town, Edinburgh’s West End is known for its well-loved pubs and bars, independent boutiques and village-y feel - right in the heart of town, just behind Shandwick Place. And it’s a popular place for local folk as well as visitors. So the best hotels in Edinburgh’s West End tend to have buzzy bars and restaurants as well as a great, central location. If you’ve planned anything arts related for your stay, the West End might be most convenient for you; many of Edinburgh’s music, arts and theatre venues can be found on its cobbled streets and rather grander Georgian terraces. The West End also hosts a number of arts festivals and crafts fairs.

Most of the West End looks and feels a bit bohemian, but some of its main landmarks are anything but. The red sandstone of The Caledonian railway hotel is perfectly elegant, and on grand Charlotte Square you can visit The Georgian House, which has been restored to its late 18th Century glory. Next door is Bute House, another grand Georgian facade, and the official residence of Scotland’s First Minister. If you travel further west, out of the city proper you’ll pass the Murrayfield Stadium - much loved by fans of Scottish rugby, and Edinburgh Zoo. 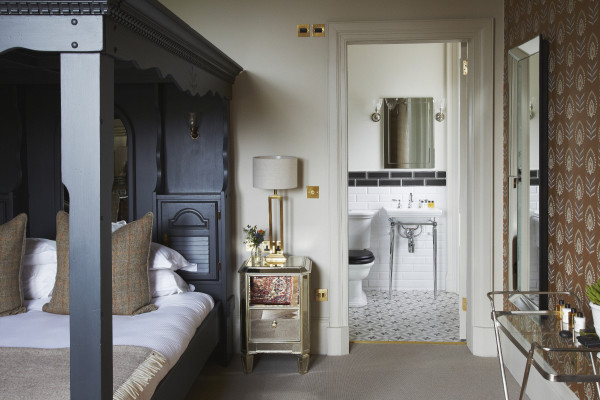 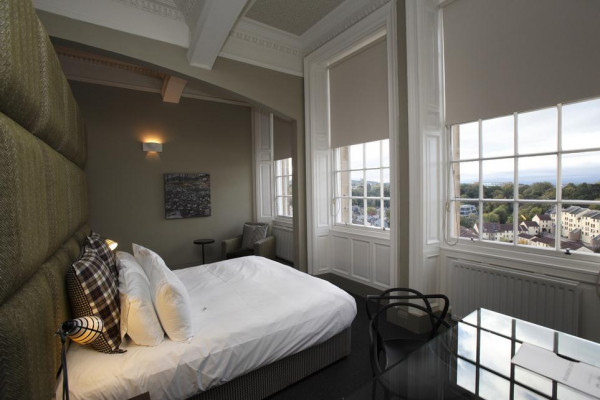 If you haven’t found your idea of the 6 best hotels in Edinburgh’s West End on our Guru’s list you could: 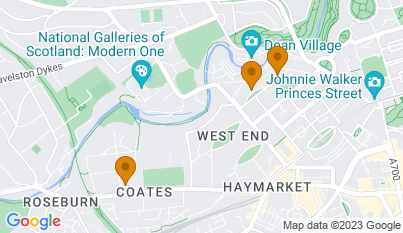