Search the best hotels in Istanbul 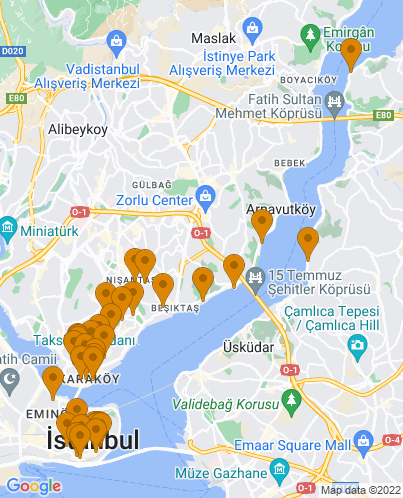 Every city is unique, but there's nowhere even akin to Istanbul. Straddling two continents, Istanbul is historically one of the world’s most important cities, and has always been a place of vibrant fusion between east and west. The last stronghold of the Roman Empire, the beating heart of the Byzantine Empire and the Ottoman capital, Istanbul's history is one of dramatic sieges and conquests, and of immense trading wealth. Much of Istanbul's glorious past is still visible and visitable. Amongst the famous domes of mosques and graceful Orthodox churches visitors can see the Roman catacombs, Byzantine battlements and Ottoman palaces — many of which have now been converted into some of the best places to stay in Istanbul. Istanbul’s variety is reflected in its huge range of hotels, from simple, traditional guesthouses to grand, converted palaces, and everything in between.

Istanbul spreads out on either side of the Bosphorus river, in both Europe and Asia, and there are important sights, and sites, on both sides of the river. And Istanbul is big too, it doesn’t just straddle the river it spreads out beyond, into 39 different districts. Our Gurus have hotels to recommend on both sides of the river, and in several particularly appealing pockets along the Bosphorus and Golden Horn as well. Because, more so than in some other cities, Istanbul’s districts all have their own characters, as well as their own looks and appeal, it’s worth trying to base yourself in a part of town which caters to your interests, though of course there’s an extensive public transport system, with buses, trams, trains and ferries.

Don't forget that this city is a popular year round destination, so if you want to guarantee a room in one of the best places to stay in Istanbul, we'd advise you to book well ahead to avoid disappointment.

The Best Places to Stay in Istanbul

In the Historic Sultanahmet District

For a Water View

Prefer an apartment or private villa?

Still not sure which is the best place to stay in Istanbul?