Search the best hotels in Louisville 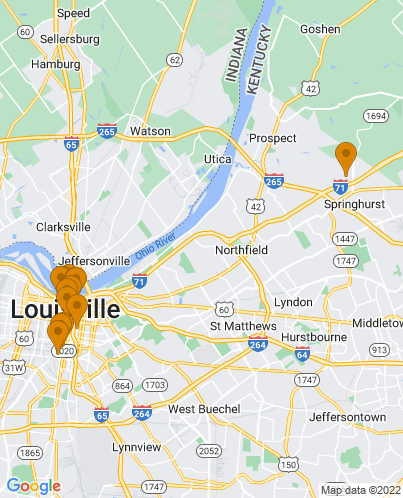 Louisville - where every pronunciation except Lewisville is tolerated - has long been known as the ‘Gateway to the South’. A river transport hub, and now road and rail hub as well, Louisville is often overlooked and underrated. But if you come for the Derby, this city’s biggest event, you’re bound to be impressed by its elegant, largely Victorian architecture, its hip bars and farm-to-table restaurants, its wonderful museums and its classy old neighbourhoods. Louisville is also southern enough for our Guru’s recommendations for the best places to stay in Louisville to include the words ’southern hospitality’ in their reviews.

Aside from the gee-gees, Louisville is also known for being name checked by baseball - this is where the Louisville Slugger is made, staple of the diamond since 1884, and the town Muhammad Ali called home - and there’s a museum to both local exports.

Louisville also hosts the Kentucky Science Centre, a number of wonderful old historic homes - including Thomas Edison’s cottage, and conversely it also houses the Creation Museum, which offers an interactive tour though the biblical alternative to evolution.

Aside from the museums there’s the city itself with all its beautiful parks - designed by Fredrick Law Olmsted, ‘The Father of American Landscape Architecture’. Waterfront Park, stretching along the Ohio River, is definitely a highlight with its open lawns, parks, playgrounds and fountains.

Our pick of the best places to stay in Louisville are ideal bases, whatever your reason to visit.

Still not sure? Browse through our list of all the best places to stay in Louisville, expand your search to include all our Kentucky recommendations, or contact one of our friendly Gurus for advice.