Search the best hotels in Estonia

All our Estonia collections:

Opportunity is in Estonia's air, like the bright crispness of its cold winters. Since the fall of the Iron Curtain Estonia has rushed towards modernity with open arms. Recent investment in Tallinn means that you'll definitely find some of the best places to stay in Estonia in the capital, but look further afield and you'll find charming seaside towns, spa resorts surrounded by forests and plenty of great outdoors to conquer.

Tallinn's magnificent Old Town is well known for its beauty, but now, in addition to the medieval treasures, there are now also dozens of cafes and restaurants, bars and nightclubs.

The Baltic might not be everyone's idea of a great place to swim, but Estonia's Baltic beaches are beautiful. And while the swimming season is short, this coastline is scenic all year round, and there are hundreds of idyllic road trip opportunities.

Most of which will either start of finish in Tallinn, with its medieval heart, thought of as one of the most atmospheric and charming Old Towns in Europe. But these days it's also thought of as forwarding thinking in its fashions, hipster in its culture and music, and as a great place to go out. Tallinn has been playing clever catch up since it emerged from behind the Iron Curtain in 1991, and today's city embraces technology, arts and multicultural five star luxury in clean, but colourful, Scandi lines.

As well as its capital and its history, Estonia has a lot to offer outdoorsy people.

? There's the ever developing ski fields with their charming, laid-back resorts,

? trails to explore through the lush forests of the Lahemaa National Park,

? and miles of beautiful Baltic coastline dotted with hundreds of islands, and even more secluded coves.

All of these endeavours are best followed by a sauna, one of Estonia's national pastimes.

For a Tallinn city break

For luxury on the Baltic

For a traditional feel

Still not sure which to book? Browse through our list of all the best places to stay in Estonia, or contact, one of our friendly gurus for advice. 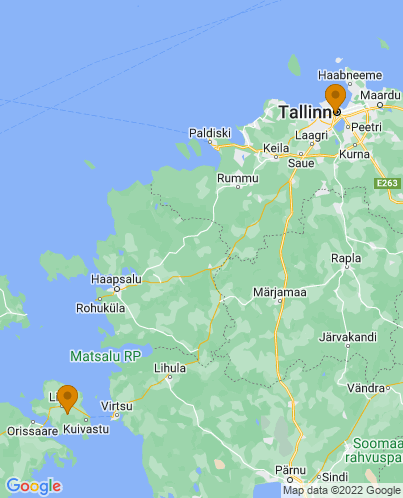