Search the best hotels in Hatton 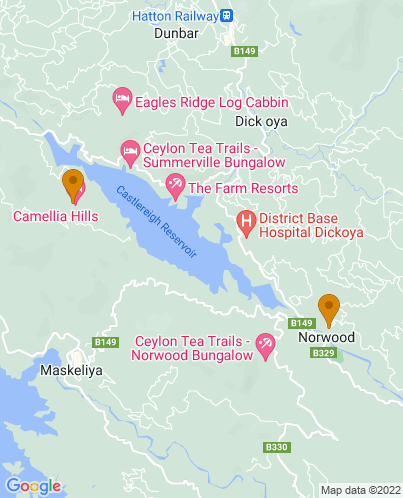 Cool, lush Hatton is often referred to as Sri Lanka’s tea capital as this is where the majority of the country’s higher altitude tea is grown. Funnily enough Hatton was founded during the British colonial period to support the coffee trade! Today some of the best places to stay in Hatton have been converted from graceful old plantation houses or colonial era villas and there are some really beautiful choices.

For some people it’s not the peace and lush scenery attracting them to Hatton, it’s the town’s proximity to Adam’s Peak and the Sinharajo Forest Reserve. This mountain offers a scenic but also sacred trail to a rock formation called the ‘sacred footprint’ which is close to the summit.

With so much to see and do in the area Hatton is very popular and has lots of choice of accommodation, so finding one of the best places to stay in Hatton is personal preference. Here are the Guru's suggestions.

For a self-catering house or villa

If you’d prefer to stay in private villa, house or cottage we recommend you visit our online partner booking.com.