Where to Stay in Kraków 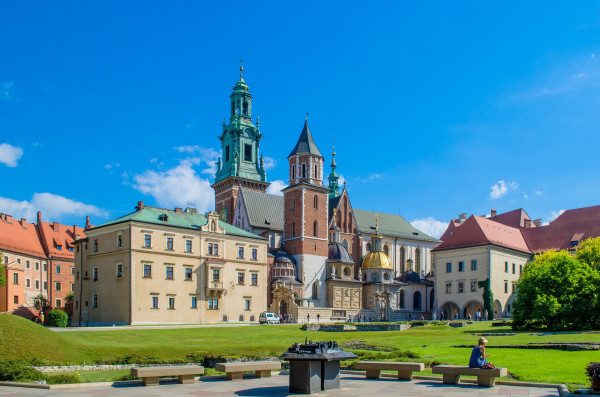 Image by Roman Polyanyk from P

Kraków is an ancient city, but one that has seen many periods of regeneration, so while some of its neighbourhoods are rich in history and pomp and ceremony and architecture, some are stylish with art nouveau design, and some are being regenerated right now! So choosing where to stay in Kraków isn’t just about staying as close as you can to the main sights. The Hotel Guru’s detailed guide is here to help, with practical tips and recommendations that will help you match your plans to the right neighbourhood. 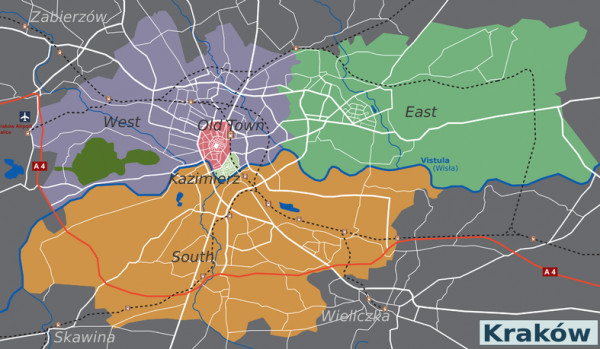 Kraków sits at the base of the Carpathian Mountains, on both banks of the Wisla River. And it’s beautiful. Kraków has frequently been referred to as Poland’s artistic and cultural centre, and for 500 years it was the glorious royal capital too, but importantly, that 500 year period was before the destruction wrought on Poland during WW2, and incredibly Kraków’s beautiful architecture survived. its amazing collection of Baroque, Gothic, Romanesque, Renaissance, Art Nouveau, and even communism-era buildings are still the backdrop for Kraków’s artistic and cultural riches today. Some of these treasures house art collections or museums, but some have been converted into hotel accommodation, offices or residences. Because this is a living city, one with a list of annual events and festivals to surprise even the most avid reader of Time Out. A list that includes festivals of theatre, jazz and all kinds of music, films, literature, art, dance, sports, poetry, and food. And even if there’s not a food festival on right at this moment, there may as well be, for Kraków’s foodie culture is as rich as its artistic one.

Kraków is big. A lot of people live here, and the city has sprawled into 18 districts. As with most European cities you’ll find the majority of the major sights around the oldest part of the city, the centre, whilst the suburbs are where real Polish city life is happening. Most people will be able to do all the exploring they want on foot, and there are some beautiful routes. Kraków’s public transport system, includes trams and buses, and you can buy tickets at kiosks. If you can avoid travelling in peak times do, Kraków’s roads are busy and there’s often traffic. 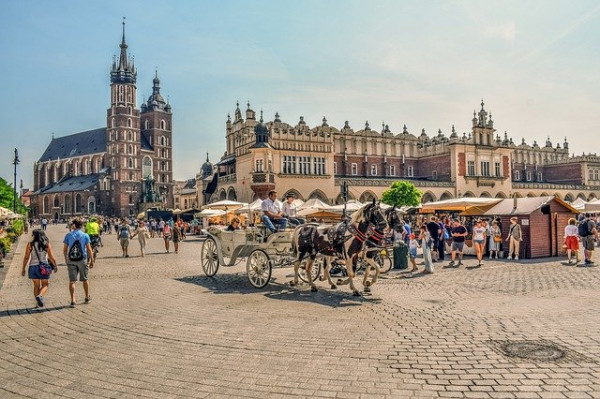 Stare Miasto is both the name of Kraków’s 1st District and the historic Old City that sits within it. We wanted to break District 1 up into smaller neighbourhoods, so this Stare Miasto refers just to the old town, which sits inside a park, known as the Planty, which was planted where the old city walls and the moat once were. Inside this ring of parkland are the majority of Kraków’s headliner sights, including The Wawel Hill, on which you’ll find the city’s castle and cathedral; the main market square called Rynek Główny, which at a whopping nine acres is the largest in Europe; the Town Hall Tower, a Gothic wonder on the square; the 15th century Barbican and the medieval Florian Gate which it protects, plus a collection of squares, churches and palaces that would take weeks to see properly. Stare Miasto is also where you’ll find some of the best known galleries and museums, and a slew of theatres. Plus there’s a collection of cafes, bars, pubs and restaurants to properly reflect Kraków’s reputation as a foodie centre. Apparently charming Florianska Street has got more bars per square metre than anywhere else in Europe! 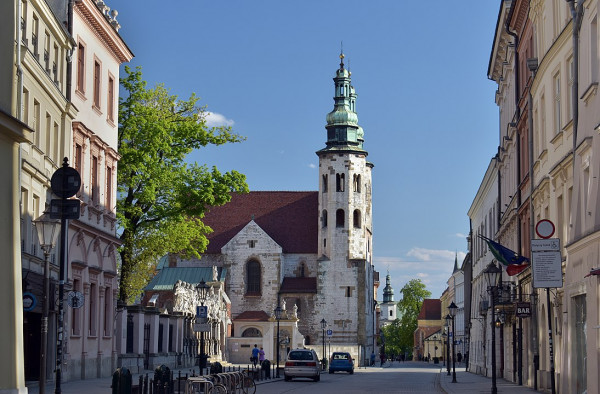 By Zygmunt Put - Own work, CC

Stradom is another small, central, quieter neighbourhood with a lot of fine 19th century townhouses and religious buildings, in this case monasteries. The oldest is the Bernardine Cistercians, built in the Middle Ages at the bottom of Wawel Hill. It, along with several local religious buildings, was added to in the 18th century, and now has some beautiful Baroque details and incredible murals. Across the street is the Pod Białą Różą Hotel, once home to author, Honoré de Balzac. 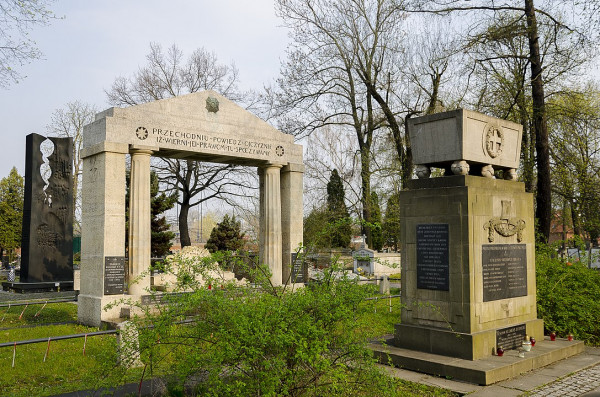 Warszawskie might not be the most obvious Kraków neighbourhood for visitors looking for the perfect place to stay, because its most famous landmark is its stunning cemetery, the Rakowicki Cemetery, regular called one of Europe’s most beautiful. It’s not as ancient as other great city cemeteries, the oldest graves are from the 18th century and include famous Krakowians from all periods, plus American and British pilots and Russian soldiers killed liberating Kraków during WW2. The church and chapel on the grounds are equal to the cemetery’s reputation for peace and beauty. Around the cemetery are streets of elegant buildings, several parks and squares, and a couple of little museums. But importantly you’re on the border of Stare Miasto so still very central. 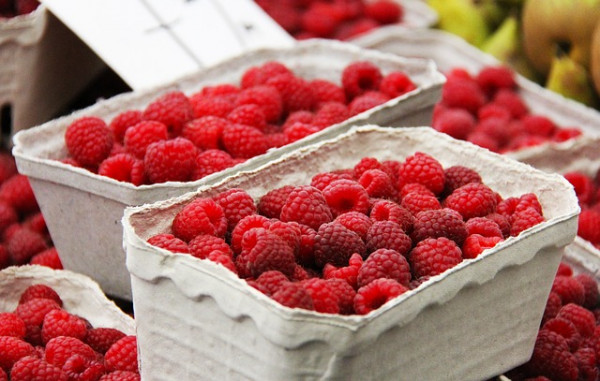 Kleparz is another neighbourhood just outside Stare Miasto, to the north, just minutes from the main square Rynek Główny. Kleparz has two of its own medieval market squares too, one of which, Stary Kleparz, is a more relaxed place, with a local market known for its clothing and edged with boutiques. Kleparz is an elegant area, with numerous fine 19th century buildings, two beautiful churches and a large park. Kleparz also has a healthy population of locals, and the corresponding quantity and quality of places to eat and drink. Its collection of upmarket apartment style, and boutique hotels will suit people who want to be central, but stay somewhere that people actually live too. 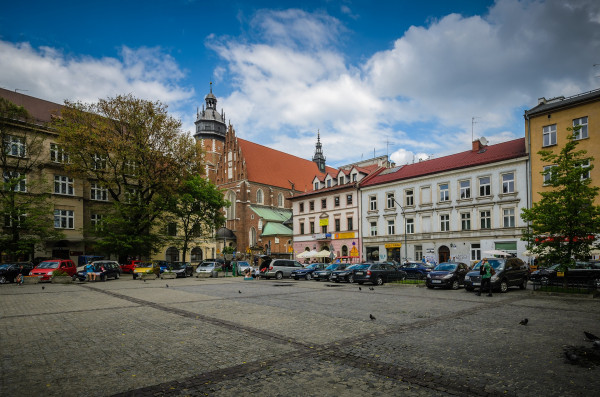 Image by pa00lo from Pixabay

Kazimierz started off as an island in the Wisla River, but the side closest to Stare Miasto dried up and was built over, so now they’re neighbours. This was the old Jewish part of town, and that heritage is now celebrated, with the renovated old synagogues looking smart in amongst the gentrified high street with its cool cafes, small galleries, boutiques and antique shops. The old Jewish Cemetery is a fascinating place to visit, as is the Galicia Jewish Museum, and the Centre for Jewish Culture. This is a good neighbourhood to visit before a visit to Auschwitz, if you’re planning one. Kazimierz also has a Museum of City Engineering, and an Ethnographic Museum. In addition to a number of synagogues, Kazimierz also has some beautiful churches. And a big produce market at Plac Nowy, which becomes a flea market on Sundays. Kazimierz has a shopping mall too. And lots of cool places to eat and drink. 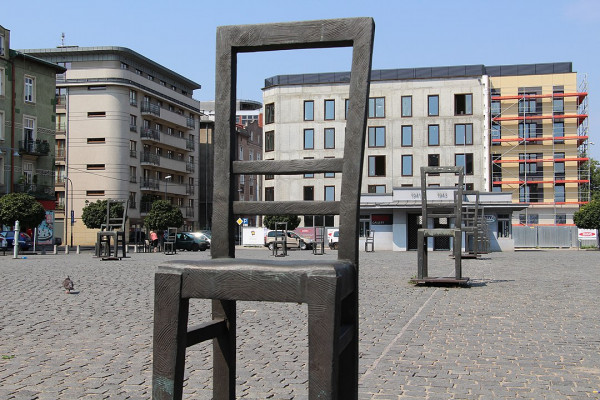 By Fred Romero from Paris, Fra

Podgórze is just across the river from Kazimierz and Stare Miasto, and it’s charming and affordable, but it’s another neighbourhood with a poignantly sad history. A Jewish ghetto was set up in Podgórze in 1941, and in 1943 all its inhabitants were moved to concentration camps. The major monuments of Podgórze are Ghetto Heroes Square, where people had to leave their belongings before being transported, the remains of the ghetto walls, which are shaped like rows of Jewish tombstones, and the remains of the Kraków-Plaszow concentration camp, Schindler’s Factory — yes, the one from the film which has been converted into a museum, and the Museum of Contemporary Art Kraków. But while Podgórze’s history is ever present it’s not overwhelming, and you might enjoy the proximity to the centre of town, and the gentrify-ing high streets and pockets of cafes and shops, and get an excellent price on your accommodation. 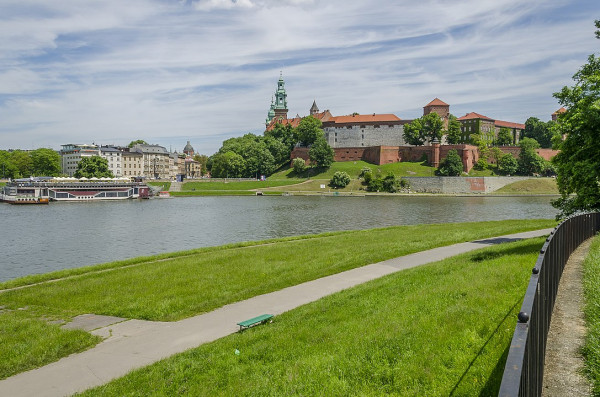 Dębniki is on the same side of the river as Podgórze, in South Kraków, almost directly opposite Wawel Castle. It’s leafy and residential, but if you’re staying in Kraków for a longer period, or you’re here with your family, you might appreciate Dębniki’s green space, but also good access to the centre of the city. It has a few sights of its own too, including an elegant 19th century palace, a pretty market square lined with villas and townhouses, and a number of large parks. Dębniki is very affordable, partly because there’s no bridge linking it directly to Stare Miasto — so you’re very close to the Wawel Castle physically, but it takes quite a while to get to it on land. But the waterfront views are quite something, and behind the waterside boulevards there’s now an artificial beach! 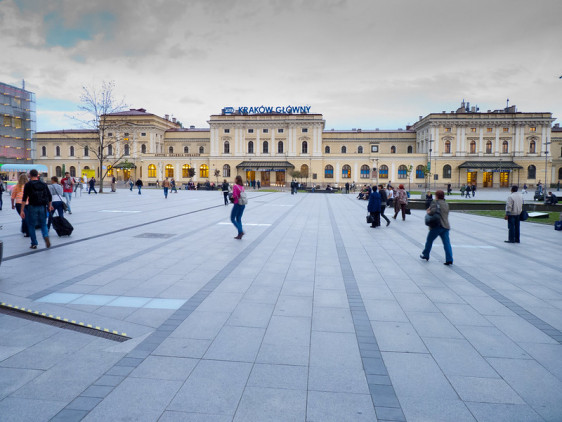 Grzegórzki’s border is on the eastern side of Planty Park, so it’s central, it’s also very affordable, and it’s the neighbourhood where you’ll find the central train station, so it’s got great travel connections and some great local bars, cafes and restaurants. From the outset it is a bit greyer and a bit more run down than some of the neighbourhoods we’ve recommended above, but Grzegórzki is a really friendly place, with lots of green space, including Kraków’s 18th century botanical gardens, a grand affair with greenhouses, fountains and ponds. This is also where you’ll find Kraków’s largest flea market, the Hala Targowa, and the charmingly overgrown New Jewish Cemetery. 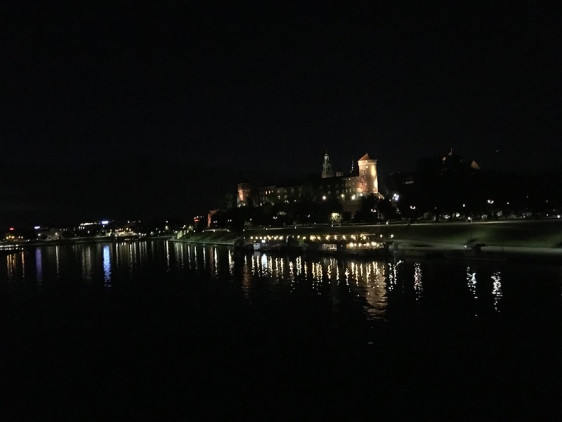 Ludwinów is the small southern neighbour of Podgórze, across the river from Kazimierz, and it’s another great value neighbourhood, with river-views and lots of cultural activity. Think live music, street art, indy film screenings in exotic locations, and a cool bar and venue converted from an old Soviet era hotel. Ludwinów is still lacking in direct bridge access to Stare Miasto, so you do have a bit of travelling to do to get into the Old City, but otherwise Ludwinów is a lively, colourful choice. 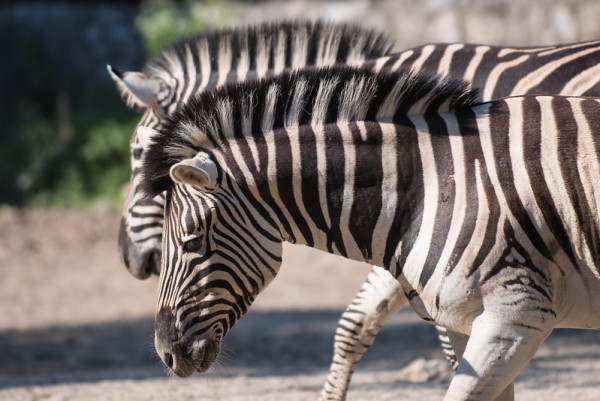 Krowodrza is a largely residential neighbourhood to the west of centre. Formerly its own village, but long since absorbed into Kraków, this is a great place to stay in Kraków for families, with a relaxed, friendly feel, and plenty of parkland and open space. Krowodrza has a few sights of its own too, for example the Royal Palace of Lobzow and Jordan Park, which means the tram connections into Stare Miasto are good. And you’re close to the zoo. 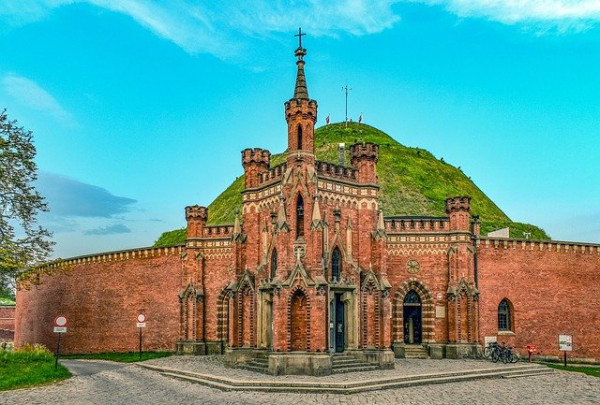 Zwierzyniec is the nextdoor neighbourhood to Krowodrza, also to the north west of Kraków’s centre, and likewise green and fairy residential, though this time it does have the zoo! Zwierzyniec’s green spaces are fairly substantial, and include the Błonia Meadow, which has hosted masses by several Popes, and the expansive Wolski Forest. This is also where you’ll find two man-made commemorative mounds, the Kościuszko Mound, and the Piłsudski Mound. Kościuszko has a fort and museum as well, and you get a wonderful view of Kraków from the top.

Search the best hotels in Kraków