Search the best hotels in Ypres 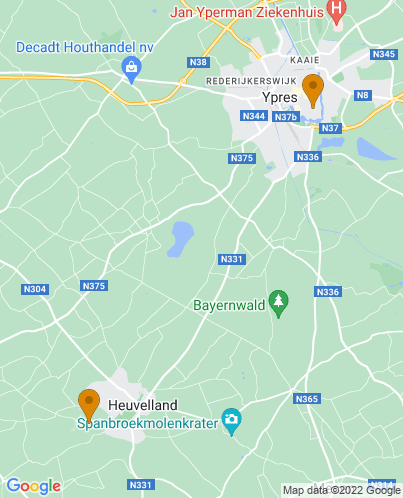 Ypres, in the West Flanders area of Belgium, is nowadays irrevocably associated with the First World War and the three major battles that took place there. There is, however, much more to this city and the best places to stay in Ypres are ideal starting points for exploring its sights and delights!

The war of 1914-18 still casts a long shadow. Ypres was a strategic stronghold. There were half a million casualties at the final battle at Passchendaele,and the town has since become a symbol for the suffering and sacrifice of the war. The Menin Gate is an iconic and fitting memorial to 54,000 soldiers of the British Empire whose remains were never found. Traffic is stopped every evening at the gate at 8pm and the Last Post sounded.

Aside from battlefield and cemetery tours, Ypres has an interesting past. In the middle ages it was a hub for the European textile industry, and it is mentioned in the Canterbury Tales. The Cloth Hall, which dates from the thirteenth century, is a must visit as is St. Martins Cathedral. Every three years there is a ‘cat parade’ which hearkens back to the middle ages and witchcraft - this is a very colourful and fun event! In addition, the town is host to the Ypres-Westhoek rally, the Tour de France, and a Punk rock festival - truly something for everyone!

But don't forget to plan well ahead if you want to guarantee a room in one of the best places to stay in Ypres, this is a popular destination whatever the season.

The best places to stay in Ypres