Search the best hotels in Tinos 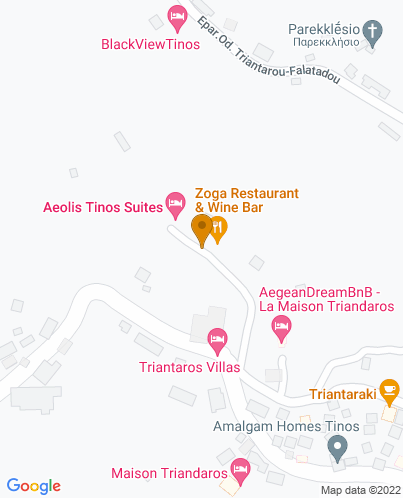 Best known as the home of the Church of Panagia Evangelistria, the Greek Orthodox version of Lourdes, peaceful Tinos also has some of the most graceful architecture in the Cyclades. A wonderful legacy of this island's historic inhabitants, the Byzantines and the Venetians. The best places to stay in Tinos can be found in the main town and have easy access to the main sights of the island.

The Church of Panagia Evangelistria is in the main town, also called Tinos (or Hora) which doubles as the main port. The church's sacred icon, a statue of the Virgin Mary, is said to have been discovered by a nun who was instructed in a dream by the Virgin where to dig to find it. The beautiful neoclassical church was then built on that spot.

Later archaeological excavations proved that this spot has actually been a place of worship for centuries - it was initially where temples of Poseidon and Dionysos stood, and later a Byzantine church was built in the same place. So many pilgrims feel there's something very special about this location, and that the icon itself, displayed draped in jewels, has healing powers.

As well as being a church, monastery and home to the icon, the Panagia Evangelistria also has three excellent museums, housing religious artefacts and secular art.

Many pilgrims don't venture beyond Hora and therefore the island's other fifty or so villages are quite peaceful. Dotted in amongst the rolling, terraced hills and undulating coastline, these aren't your usual Cycladic villages, they've got a far more ornamental design to them, with marble sculptures and flourishes added to the neat white sugar cubes.

This legacy of sculpting comes from the Venetians and is still a strong tradition on the island. The Venetians are also responsible for the hundreds of ornate dovecotes dotted all over Tinos. Pyrgos, in the north, has the most famous sculptors - it's near the marble quarries. As well as sculpting, Tinos is known for its artists, whose work you'll see in many of the island's churches.

Don't forget that if your planning a visit ot the island in the peak summer months, the best places to stay in Tinos will be very busy. You'll need to be organised and book well ahead.

The Best Places to Stay in Tinos