Search the best hotels in Toyooka 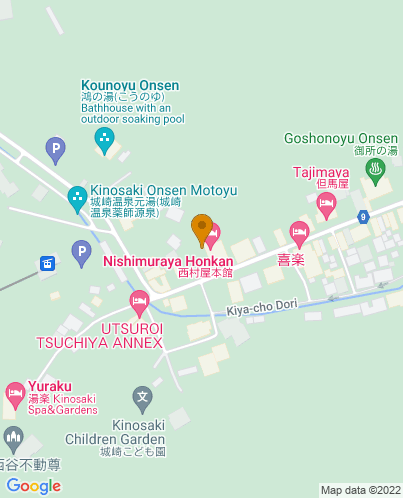 The charming city of Toyooka, with its quaint tree-lined canals, is located on the northern coast of Japan's Hyogo Prefecture within the lovely San'in Kaigan Geopark. Whilst not huge - its inhabitants only number around 81,000 - it used to be even smaller: back in 2005, five nearby towns were merged into the city, giving it a far broader reach. Due to its pleasant ambiance, the city is becoming increasingly popular, so make sure you book in advance as the best places to stay in Toyooka get quickly filled up.

Despite its growth, Toyooka is still very easy to explore by foot. Spend your days strolling around the bustling local markets and find yourself a new bag - Toyooka is nicknamed "bag city", having been heavily involved producing bags for over 1,000 years. Plenty of the city's shops pay homage to this extremely ancient tradition, so any bag-lovers among you will have a field day (especially with a walk down Caban Street, literally meaning 'Bag Street')!

Toyooka's also known for its native Oriental White Stork. Whilst the species briefly became extinct in the early 1970s, a concerted conservation effort has seen them reappearing over recent years. In fact, they're now bred in a conservatory in Hyogo Park which is open to visitors if you're interested.

The nearby Genbudo caves, formed over 1.6 million years ago by a volcanic eruption, are also defniitely worth a visit. Remember to bring your camera - the honeycomb-like structures are simply stunning.

Toyooka is ideal for those of you who fancy a quieter, more relaxed trip, with plenty of culture and some lovely nature.

If you're coming in the busy summer months then be sure to book ahead as the best places to stay in Toyooka get quickly booked up.

The best places to stay in Toyooka

For a sense of history

For a guest house