About the United Arab Emirates

In recent years it's become a lot easier for visitors to see more of the UAE, outside the confines of the Western style resorts, so the UAE is now a lot more than a destination for winter sun and shopping.

Visitors should definitely shop in Dubai's souks, ride a camel in Abu Dhabi and go snorkelling or diving on the coral reefs of the gulf. Some of the western-style resorts are still the best places to stay in the United Arab Emirates: but it's also worth heading out into the desert to see the amazing desert dunes and the grand wadis of the north-east, or into the photogenic Hatta mountains.

The real magic of the UAE is how an Islamic state can find its peace with the nightclub parties which finish just before the calls to prayer, and the rampant fantastical consumerism. But the balance holds. And all this exists alongside traditional Bedouin customs and oceans of sand. This is probably one of the world's most diverse and interesting nations.

Where to stay - which emirate?

Best places to stay in the United Arab Emirates

For a glamorous city break

Dubai is the obvious choice if you're looking for a luxurious city break. Here no excess is off the table; there are malls with not just a selection of cinemas, but also a ski jump slope. Of course there's also the world's tallest building, and 'The Palm' - the artificial island in the shape of a palm tree which glitters with glamorous resorts.

See all » 4 hotels in Abu Dhabi

See all » 4 hotels in Abu Dhabi 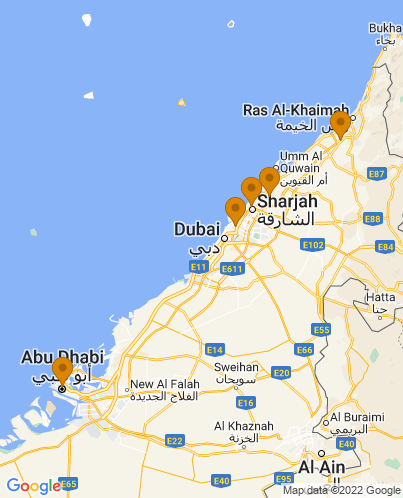