Search the best hotels in Warwickshire 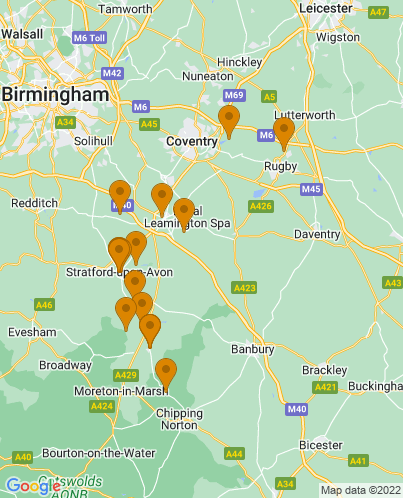 If Shakespeare hadn’t been born here Warwickshire would certainly need to plan a different marketing campaign, because its link to the bard is everywhere. But even without his wit and wisdom, Warwickshire has plenty to offer. Our collection of the best places to stay in Warwickshire ranges from charming pubs with rooms, to smart, Georgian townhouses, to a handful of traditional country inns and country house hotels, all of which are ideal bases for exploring the county.

For many the main thing to do here is to see a play at the RSC, but for others, they come to admire the castles and the rolling, green surrounds. Stratford-Upon-Avon really is unmissable, but the Regency and Georgian architecture of Royal Leamington Spa is worth a visit too.

Where to stay? Which Part of Warwickshire?

This county is a popular year round destination for visitors, so if you want to guarantee a room in one of the best places to stay in Warwickshire, get organised and plan ahead.

The Best Places to Stay in Warwickshire

For a Country House Hotel

For an Historic Hotel

Prefer an apartment or holiday cottage?