Search the best hotels in Israel

Some of us need to travel to Israel, we need to see the holy city of Jerusalem for ourselves, to visit Nazareth and the Western Wall, and the incredible vast but freshwater Sea of Galilee. But even if you don’t feel a particular compulsion to visit this part of the world Israel is a destination with a lot to surprise you, challenge your perceptions and stir up your passions. If the Dead Sea isn’t on your bucket list then why not? and the incredible, multi-coloured canyons of Makhtesh Ramon are unlike anything you’ll encounter anywhere else, as are the hills and valleys of the dry desert lands of Ein Avdat and the Carmel Range. And then there’s the fantastic beaches of Tel Aviv on the Mediterranean Sea, and the resorts of Eilat on the Red Sea and Tiberias on the Sea of Galilee. And the best places to stay in Israel are as varied as the reasons you have for travelling here.

Modern Israel, which was founded in 1948 after the Second World War, is very urbanised, so the majority of our recommendations for the best places to stay in Israel are in the towns or cities.

Use our guide to the best places to stay in Israel and start to plan your visit to this fascinating ancient land.

The Best Places to Stay in Israel

For a boutique hotel

Some of the Best Hotels in Jerusalem

Some of the Best Hotels in Tel Aviv

Still not sure which is the best place to stay in Israel for you?

See all » 5 hotels in Jerusalem

See all » 5 hotels in Jerusalem 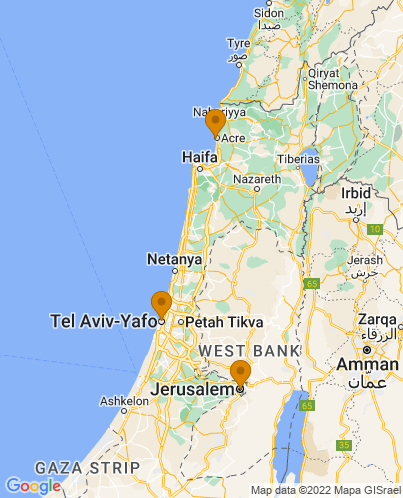