Search the best hotels in Agrigento 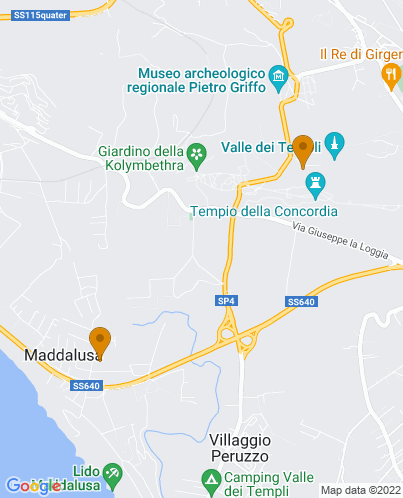 Agrigento has every right to be a bit self satisfied and pleased with itself. On its outskirts is one of the best-preserved architectural legacies of ancient Greece. The beautifully serene Doric temples in the ruins of Akragras, a prosperous Greek colony that experienced its golden age in around 450BC, are said to rival the Acropolis in Athens. Which is quite a claim from a small city in Sicily. Aside from the city's other charms, Akragas itself deserves more than a day's explorations, so most visitors will need to track down one of the best places to stay in Agrigento.

Roman occupation from around 210BC changed the look of the city somewhat, but during the 7th Century everyone upped sticks and moved just up the hill to the site of the modern city.

Modern Agrigento isn't the prettiest of cities. Heavily bombed during WWII, it was rebuilt in a rather hasty and brutal way in the post-war years, and the beauty of the Valley of Temples is slightly overshadowed by concrete tower blocks. But if you look past these you'll find that Agrigento actually has quite a charming medieval old town, complete with some very nice places to stay and a pleasant buzz of an evening. The main street is lined with boutiques, bars and trattorias, off which there are rows of attractive palazzi.

The Valley of the Temples, as the Akragas site is called, is Sicily's biggest tourist draw. Once the largest city in the Mediterranean, beautiful Akragas was also known as a good place to let one's hair down.

There are two zones to the site, to the east and west of the entrance:

If ancient Akragas proves just too hot - there's little shade beyond a few olive trees - then visit Agrigento's 11th Century cathedral, the Monastero di Santo Spirito and Our Lady of the Greeks church.

Lastly, a visit to the Archaeological Museum will help put everything in context. The museum is opposite the Roman Quarter, which also has some mosaics worth spending some time with.

Our pick of the best places to stay in Agrigento are both slightly out of town, but one is perfectly located if you want to be right up close to the ancient temples.