Search the best hotels in Noto 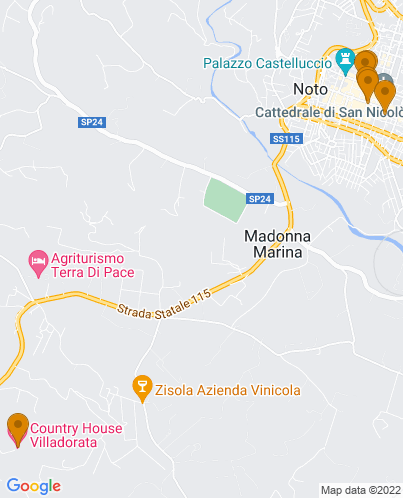 Southeastern Sicily's Noto is a Baroque fantasy in apricot-coloured sandstone, conjured up in surprisingly un-uniform fashion after an earthquake destroyed much of pre-Baroque Noto in 1693. Just three architects had a hand in its recreation, and they built a town with long parallel lines east to west, that made the most of the sun’s movement, and of the views. And of all the architectural details the Baroque period had on offer: domes, towers, and all manner of sandstone curlicues. And visitors are still appreciating the results today. Our Gurus agree that many of the best places to stay in Noto are still those same Baroque buildings, grand, ornate palazzos, with colourfully tiled floors and huge windows. Though if that sounds a bit fussy for you they have also chosen some simpler conversions, rural farms undergone contemporary makeovers, and more recently built family hotels and B&Bs.

Many visitors who choose to stay in Noto do so because of the town’s elegance, it’s like a film set. There a historic glamour to it that lends romance to the already gorgeous sunsets - there’s something quite magical about the way the sun is absorbed and reflects off Sicilian sandstone. The main street, Corsa Vittorio Emanuele is one of Noto’s most glamorous, starting at the Ports Reale, and heading west via three piazzas, each with their own church and gardens, and some of Noto’s most impressive buildings. There’s also an excellent collection of bars, cafes, boutiques, galleries and restaurants, which is why out Gurus recommend the best places to stay in Noto to foodies, and anyone looking for a romantic Sicilian town.

Noto might sound as if it’s not the place to bring your kids, but that’s not true, so much of what you see here you can run into serendipitously, or holding a gelato cone at the same time. And Noto is within a few miles of some beautiful stretches of beach-y coastline. The closest beaches, Eloro and Eloro-Pizzuta, are next to the seventh century ruins of a Greek city. Noto is close to Modica and Ragusa too, which you can sort of run into on the way to the beach? So our Gurus don’t hesitate in recommending the best places to stay in Noto for families, even the really fancy ones, because they all have large, family-sized suites and promise private and style. If you’re considering visiting in May, expect to see Noto’s gorgeous street strewn with patterns of floral petals, as the town celebrates the coming of spring with the Infiorata festival.

The Best Places to Stay in Noto

For a Countryside Escape

For a Private apartment or private villa

Still not sure where to stay?