Search the best hotels in Dunkirk 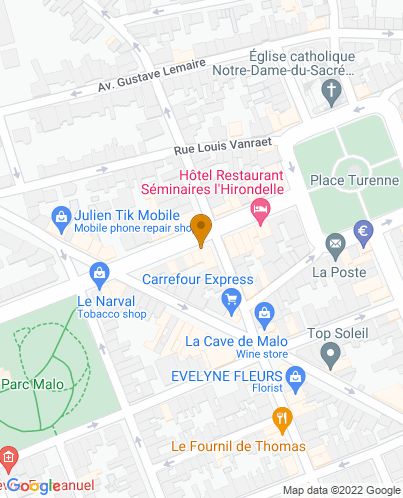 With its long seafront, wide beaches, wealth of museums and fascinating history, Dunkirk should be high on anyone's priority list for a holiday in France. Our pick of the best places to stay in Dunkirk will provide the perfect springboard for exploring both the town and further afield.

Made famous due to Operation Dynamo, the mass evacuation of allied soldiers during WWII, Dunkirk has long been at the epicentre of European wars and as such has an intriguing tale to tell. Whether you're visiting the 13th watchtower, learning about local hero, the privateer Jean Bart, marvelling at the Renaissance-era Flemish paintings or climbing aboard one of the old ships lying in the harbour, you will find yourself submerged in a different world.

Dunkirk is France's third-largest port after Le Havre and Marseilles, a mark of Dunkirk's long and happy marriage to the sea. In the 11th century, it was founded as a fishing port and continues to flourish as one to this day. Due to its close proximity to the North Sea, the British Isles and the Low Countries, Dunkirk has changed hands sporadically over many centuries: in the 17th century, for example, it belonged to the English in 1659 but by1662, the town was in French hands.

It was during this time that the privateer Jean Bart, made a name for himself for haranguing the English, getting imprisoned in Plymouth but eventually escaping, enshrining himself in folklore as a swashbuckling rogue forever! His face can be seen throughout Dunkirk and there's a statue of him in Place Jean Bart; he was eventually buried in St. Eloi's Church.

After Operation Dynamo, Dunkirk was subject to terrible destruction by the German Army and the Luftwaffe, and because of this there are few sites of historical interest, as so many were destroyed. The Belfry Tower, a 13th century watchtower and UNESCO World Heritage Site, is one that remains and provides gorgeous panoramic views from its top. St. Eloi's Church, a 16th century chapel, has a beautiful collection of Renaissance Flemish paintings, stained glass windows and the grave of Jean Bart. The Port Museum, a museum dedicated to maritime history, boasts some wonderful early 20th century ships, and is well worth checking out.

Dunkirk also has a flourishing art scene. The Musee des Beaux Arts is a treasure trove of medieval European art, with notable works from the 14th to the 20th centuries; it also boasts the death mask of James II of England. If you're after a more contemporary scene, don't miss the LAAC Museum of Contemporary Art, featuring works from artists like Andy Warhol.

Don't forget that if you want to guarantee a room in one of the best places to stay in Dunkirk, you'll need to plan well ahead. This is a busy town and popular with visitors year round.

The best places to stay in Dunkirk