Built in amongst the rocks and crags of its landscape, Edinburgh’s World Heritage Listed Old Town is a vibrant, lively city centre as well as a beautiful and historic monument. During the day the alleys, or closes, are a hive of commerce as well as a magnet for visitors getting lost in the city’s charms, and after dark the famous pubs and rather decadent restaurants are just as popular with local revellers as those from far away. And it’s that life which makes this such a great base. And why our Gurus say that the 5 best hotels in Edinburgh’s Old Town are also the best places to stay in Edinburgh. 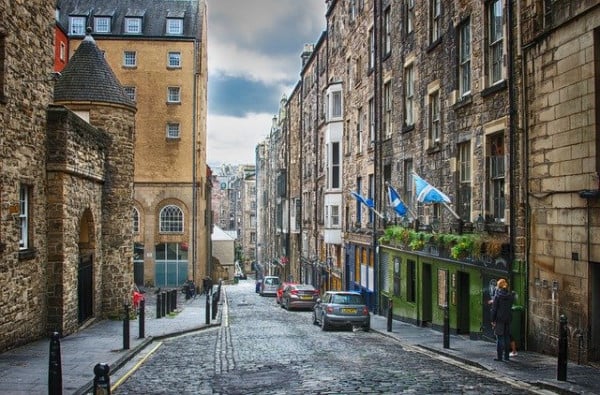 Image by Peter H from Pixabay

The Royal Mile is probably the place to start your ramblings, starting with the Castle at one end, a thousand years old and in excellent condition, and with the Scottish Parliament building and the Palace of Holyrood at the other - most famously its known for being the home of Mary Queen of Scots, the Royal Mile is also lined with St. Giles Cathedral, Mary King’s Close, Gladstone’s Land and plenty of ‘closes’ or alleyways to explore and pubs and restaurants to review your experiences in. Behind the Royal Mile is the Old Parliament Hall and Greyfriars Kirkyard, where you’ll find the grave of Greyfriars Bobby. And on Chambers Street you’ll find the excellent National Museum of Scotland. 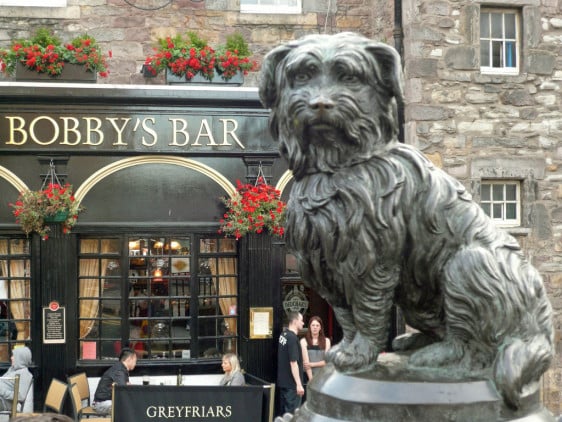 The Grassmarket is a focal point in the Old Town, where the gallows once stood and Burke and Hare once operated, but also where you’ll find the White Hart Inn, which claims to be the city’s longest serving pub - it’s been serving since 1516, and was patronised by Robert Burns and William Wordsworth. Cowgate was where the cattle were driven, but it’s now one of the liveliest streets in Edinburgh come nightfall.

The Meadows, which is like Edinburgh’s Central Park but on a much more modest scale, is a good place to stroll and relax, as is Holyrood Park and Arthur’s Seat, which is designed to be a Scottish landscape in miniature. The views are well worth your effort.

The Old Town is well connected to the rest of Edinburgh by bus, but it’s only a short walk across North Bridge to the elegantly arranged Georgian New Town, which is where you’ll find the National Gallery and the National Portrait Gallery, The Georgian House and the Scott Museum.

The Best Hotels on the Royal Mile

The Scotsman is good for being in the thick of things, and effortlessly blends old and new and has great facilities, including a top notch spa and 3AA Rosette standard brasserie. 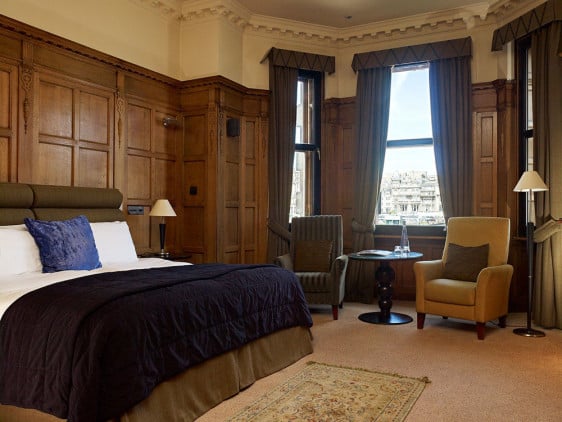 You can’t get closer to the action than The Inn on The Mile, a nine room hotel and inn on the Royal Mile just five minutes stroll from the castle.

The Most Romantic Hotels in Edinburgh's Old Town

For complete over the top decadence it'll have to be a night at the Witchery by the Castle - think gilded ceilings, panelling and swathes of jewel-coloured velvet. 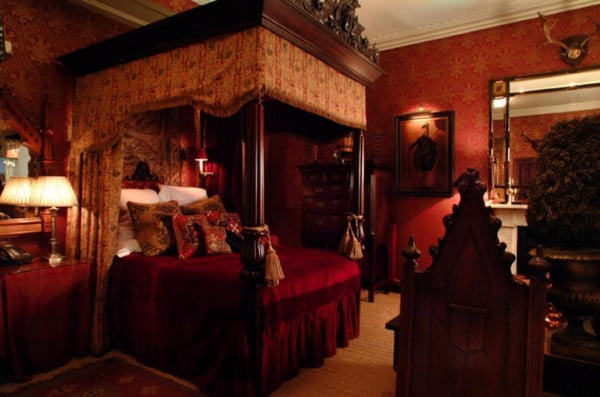 Prestonfield feels more like a country house hotel than a city central one, but here you’re just five minutes from the Royal Mile - despite being surrounded by 20 acres of spectacular parkland. The dining is fine, the bedrooms divine and nothing is too much trouble.

The Hotel Du Vin Edinburgh is close to the National Museum of Scotland, just past Cowgate, which is a great, central location. This version of the chain has a whisky snug as well as an extensive wine list in its bar and brasserie. 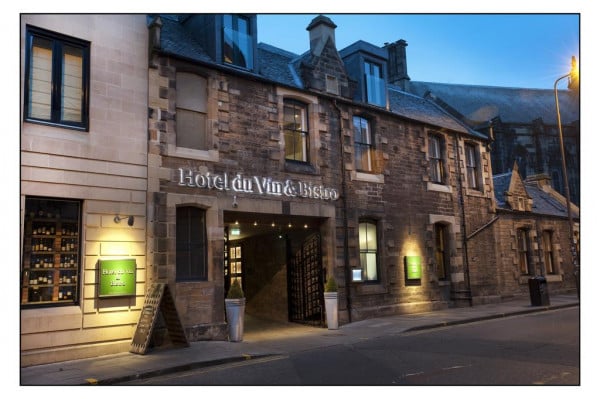 If you haven’t found your idea of the best hotel in Edinburgh’s Old Town on our Guru’s list of the 5 Best Hotels in Edinburgh's Old Town you could: 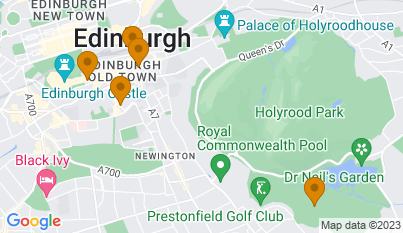