Hotels In Victoria, BC
x

Search the best hotels in Victoria, BC 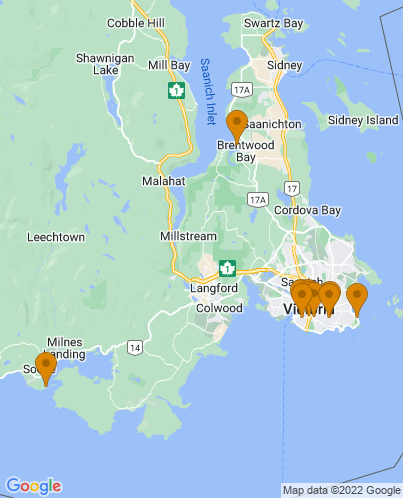 In a postcard-perfect spot on Vancouver Island, Victoria BC has long been known as the most British city in British Columbia, with its afternoon teas, double-decker buses and fantastically English pubs. But these days Victoria’s handsome, largely 19th century, buildings are shaking off their twee image in favour of a hipper one, and now there are plenty of cool boutiques, galleries and independent coffee bars. There are some cool picks on our list of the best hotels in Victoria BC too, though there are also some really charming converted English-style mansions. And some really incredible hotel views.

Victoria BC is best explored on foot. Just below we have a breakdown of what we like about the different part of the city, as far as being the best places to stay in Victoria, and most of the places we recommend are within walking distance of many of the main sights and sites. Or within cycling distance, and Victoria has more cycle routes than any other Canadian city. Though it is quite hilly…

To get a feel of the city, take a stroll around the harbour, the small Chinatown district and then explore further afield such as funky Fernwood — with its colourful boutiques, galleries and eateries — or Cook Street Village, which has pavement cafes and attractive wooden houses. The James Bay neighbourhood is Victoria’s oldest residential neighbourhood with wonderful examples of Italianate, Queen Anne, and Arts and Crafts architecture. While you’re around the Inner Harbour, take a stroll - or short ferry-hop - to Fisherman’s Wharf, a series of floating boardwalks lined with houseboats, shops and eateries.

Victoria is known for its whale sighting, with orcas, humpback, minke and grey whales popping by at various times of the year. If you don’t fancy going out onto the water you can sometimes see them from Beacon Hill Park, which is also home to an array of birdlife.

Where to Stay - Which neighbourhood?

This city is at its busiest during the peak summer months of July and August, so if you're planning to visit at this time, book well ahead to guarantee your room in one of the best places to stay in Victoria.

The Best Places to Stay in Victoria BC

Monthly Weather in Victoria, BC

Best Hotels in Victoria, BC