Search the best hotels in Zadar 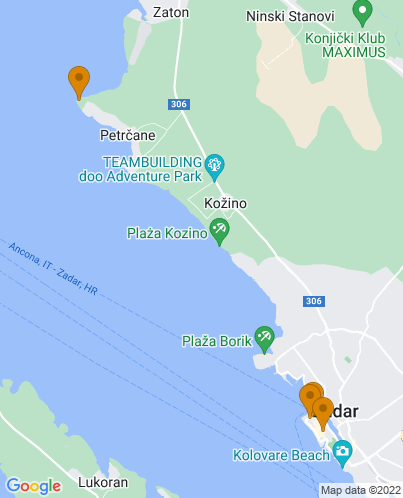 Zadar's old town, with its Roman ruins and medieval era churches, sits on a peninsula jutting out of the Dalmatian Coast about half a kilometre in length, surrounded by Venetian walls. Both beautiful and historic, Zadar is a wonderful city with just the right amount of buzz. And we hope you'll find our picks of the best places to stay in Zadar to be just as buzzy and surprising.

Narrow lanes of white limestone made smooth from the passage of time, sunset views over islands in the Adriatic, garlic and figs strung up prettily in the marketplace, ancient churches lit up against the night sky - the city of Zadar packs plenty of gorgeous images for its size.

At the moment Zadar isn't a huge tourist destination - which is a good thing! But it does mean that there isn't a huge choice when it comes to accommodation in the centre of town. There is plenty in leafy Borik though and this is one of the best places to stay in Zadar as you have good access to the city and resort-like surrounds.

The stone-paved streets and ancient squares of Zadar are mostly pedestrianised. Exploring the old town on foot is easy and you are always near a pavement cafe for coffee, beer or food, including rolls made with the famous local ham.

There are plenty of restaurants and these tend to serve freshly cooked local food, especially seafood, and are quite reasonably priced. At the end of the day it is worth being on the promenade facing west for a great view of the sun setting over the sea and the nearby islands.

Our pick of the best places to stay in Zadar is ideally situated to make the most of both the culture and night life.

The Best Places to Stay in Zadar

For a self-catering Apartment or private Villa

Still not sure which is the best place to stay in Zadar for you?