Search the best hotels in Calais 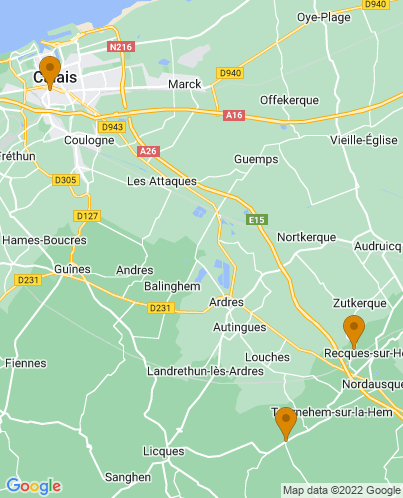 Many of us have been to Calais, but few have really explored it. Only 34kms as the crow flies from Dover, Calais is most Briton's gateway to France. Either by the ferry, or the Channel Tunnel. But if you give it a bit of time you'll realise that there's quite a bit to see and do in and around Calais, and it's an easy base for both the Cote d'Opale and Normandy with most of the best places to stay in Calais being within striking distance of all these.

Opposite the white cliffs is an often dramatic coastline of undulating green stretching between Calais and Boulogne. The Opal Coast also has pretty fishing villages with wonderful, rustic seafood restaurants. Even the road between the villages is charming - you've got your scenic cliff top views and your dips into rural green.

The Cote d'Opale is one of the best places to stay in Calais and surrounds for surfers. It's also a great destination for families looking for a beach break. There's loads of flat sand, plenty of rock pooling opportunities and despite the beauty it never seems to feel too full.

What Not To Miss:

The Hotel Guru's pick of the best places to stay in Calais are ideal whether you're just here for a quick night en route either home or further afield in France, or for those who want to scratch below the surface and explore this fascinating area.

For chic and central

For a country escape