Search the best hotels in London 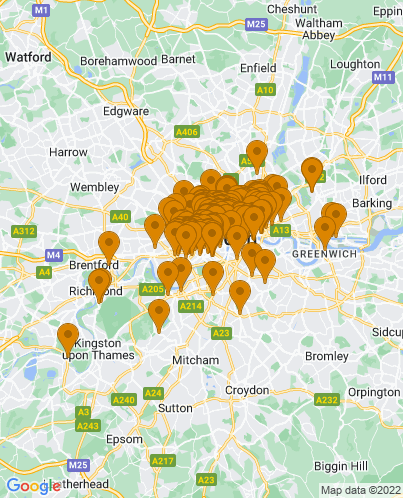 Everyone should visit London at least once. Like New York, Paris and Beijing, London is a historical metropolis with iconic sights at almost every turn. Those of us who love it and don't live there have to keep returning again and again, which is why the best places to stay in London are also some of the best places to stay in the whole world, with something for most tastes and most budgets. We’ve tried to reflect that in our pick of London hotels, but our full list of all the places our Gurus recommend in London is extensive from iconic Grand Dames for once-in-a-lifetime stays to cosy pubs with rooms and everything in between!

Some of our London Collections:

Aside from where to stay (and we’ve tried to answer the question of which part of town you might like to base yourself in our neighbourhoods guide), the real question is which of London’s attractions do you want to see most? The V&A? The Natural History Museum? The Science Museum? The British Museum, the Royal Academy? The Tate Modern or Britain? Oxford Street, Regent Street, Bond Street? Knightsbridge, Kensington? The Royal Albert Hall? The Southbank? The Globe? The Thames? Hyde Park? Battersea Park, St. James’s Park, Richmond Park, Kew Gardens? And these are just the headliners, but choosing which you want to see most will be a huge help in deciding which is the best place to stay in London for you.

From clean, but basic, youth hostels to the world's grandest properties, the list of the best places to stay in London is long. For most of us price comes into the equation, just like location, so here are some of our Gurus' top picks by price bracket and neighbourhood, and then our top picks by types of hotels.

The Best Places to Stay in London

London hotels for under £300 per night

Some of the Most Romantic Hotels in London

Prefer a self-catering flat or apartment?