Search the best hotels in Pompeii 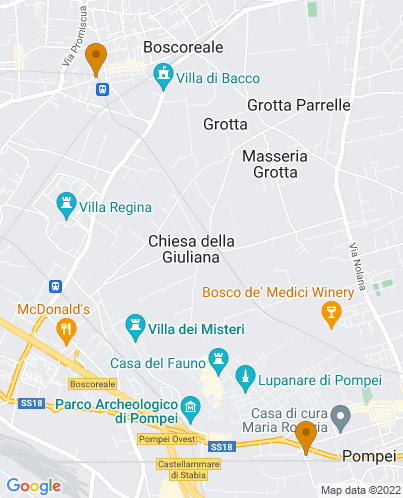 Modern Pompeii has become a sort of satellite town of Naples, but no one is coming for that, we’re all fascinated by ancient Pompeii, ruined dramatically by the eruption of Vesuvius as described by Pliny, and now one of the world’s most interesting archaeological sites. If you’re looking for a base to explore the whole area then our Guru’s recommendations for the best places to stay in Pompeii also include some great clifftop options between Pompeii and Sorrento.

Being so popular many of the best places to stay in Pompeii or nearby are snapped up quickly so to be sure of your choice of accommodation do plan and book early.