Search the best hotels in Stockholm 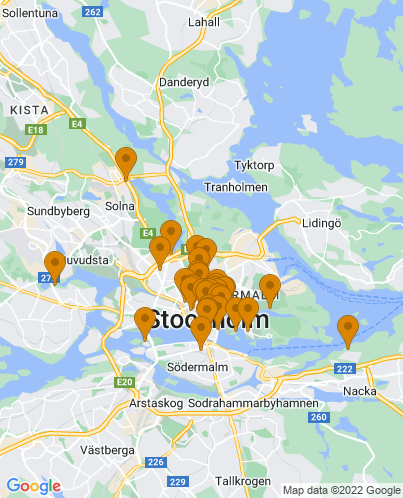 Stockholm has been built across 14 islands, which are connected by 50 bridges. And it’s surrounded by 24,000-or-so other islands in a sparkling archipelago. It’s painted in warm shades of yellow and orange, and arranged around a medieval centre of cobbled, un-planned streets, which fan out to a more orderly collection of harbours, green spaces and more recent architecture. Stockholm has to be one of the world's most beautiful capitals. Our recommendations for Stockholm hotels feature a couple of very conservative properties, but most celebrate Sweden’s love affair with modern design. Long before Ikea, Swedish designers excelled at furniture — particularly chairs. And we also think the best places to stay in Stockholm are those with the best views of Stockholm.

As well as its spectacular setting, there’s a thriving cafe culture and plenty of foodie experiences to be had, the opportunity for lively evenings out and, in summer, you can swim in the sea, sail, walk, hike and take full advantage of the extra long days. Stockholm in winter is as romantic a destination as you could imagine.

Stockholm is an easy city to explore with kids. All the stations have lifts, and buses and trams have spaces for several pushchairs. Plus travel is free for under sevens. Small ships and ferries dart in and out of the islands and docks ready to transport you to other parts of the city, or out into the archipelago. There's also a lot of colour to this city and plenty of variety to keep little ones going. Many people speak English and the vibe is friendly.

Where To Stay? Which Neighbourhood?

This city is not cheap, but all of our recommendations on our list of the best places to stay in Stockholm will offer you good value for money, whether you're looking for an elegant grand-dame or chic little B&B.

The Best Places to Stay in Stockholm

For a great view

In the Old Town

Still not sure where to stay in Stockholm?