Search the best hotels in Yorkshire 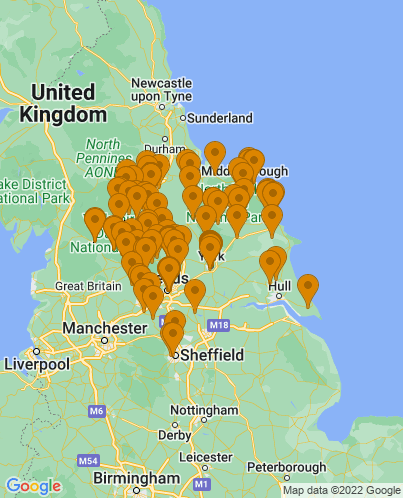 The United Kingdom is a relatively small island, but within this small area Yorkshire is big. It’s the UK’s largest county, at about half the size of Belgium, and includes some truly awe-inspiring scenery, encompassing the rolling Yorkshire Dales and the brooding North York Moors, as well as acres of green and pleasant countryside, and a varied and dramatic coastline. With this varied landscape comes a wealth of accommodation options and the best places to stay in Yorkshire range from smart city pads in York and Leeds, to charming rural guesthouses, fantastic pubs with rooms and top notch restaurants with rooms.

Some of our Yorkshire Collections:

Yorkshire’s towns and cities have plenty of appeal for visitors, from perennial beauty, medieval York to lively Leeds and Sheffield, and you’ll find plenty of recommendations in the big centres on our list of the best places to stay in Yorkshire too. And in the handsome market towns like Helmsley, and spa towns like Harrogate. Yarm is a good place to stay for the North Yorkshire Moors and for access to neighbouring County Durham, and if you want to get to know the Yorkshire Dales, we recommend you stay in either Richmond or Skipton, both charming towns with plenty to see and to in the surrounding area.

Where to Stay in Yorkshire? A bit about the major destinations:

Don't forget that this county is a popular year round destination. So if you want to guarantee a room in one of the best places to stay in Yorkshire (especially if you're visiting during peak season) you'll need to get organised and book well ahead.

The Best Places to Stay In Yorkshire

For a rural stay

The Best Hotels in Yorkshire Towns

For a pub with rooms