The Best Hotels in Campo and Farnese, Rome

Eternal Rome is, in part, fuelled by its markets, the largest of which is the Campo de’ Fiori, an impressive square to the north of Piazza Navona and one block to the east of the splendid Palazzo Farnese. Which is pretty much slap bang in the centre of Rome’s hustle and bustle. Even today there’s a daily vegetable, meat, cheese and fish market, and much more besides, complete with bargain-hunting older ladies. In the afternoons it’s a great place to people watch from the comfort of one of the cafes lining the square, and at night it gets pretty lively in the varied cocktail bars, cafes and restaurants, and staying in one of the best hotels in Campo and Farnese means you’re close to the action.

The area around the glorious, and architecturally important Palazzo Farnese, which currently serves as the French embassy in Rome, is a great place to base yourself. Its elegant squares enriched by grand Baroque architecture and wonderful marble statures are what people come to Rome for, and they’re linked by streets and narrow alleyways lined with places to eat and drink and shop and explore. 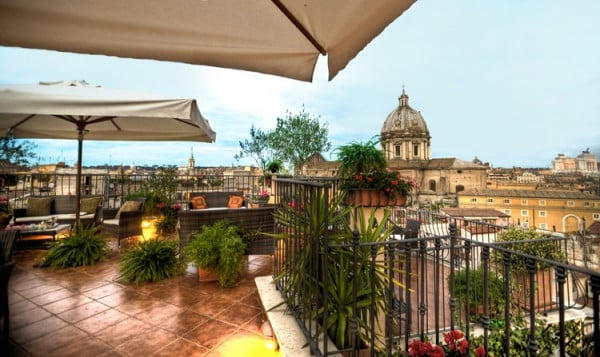 The streets surrounding the Campo de’ Fiori are named after the tradesmen you’d find there, so the Via dei Cappellari had the hat-makers and the Via dei Balestrari had the crossbow-makers. These days you can expect high end boutiques as well as tiny workshops and artisan’s studios, though some things produced here are produced in much the same way as they were in the Middle Ages.

If you stay in one of hotels recommended on our Guru’s list of the best hotels in Campo and Farnese you’re also within walking distance of the Pantheon, the Trevi Fountain, Via del Corso and Trastevere and the Colosseum. The Vatican and St. Peter’s Square is only a 15minute walk, as are the Spanish Steps. And, if you’re concerned about a compulsion to visit Rome’s churches you’ll be pleased to hear that the Campo de’ Fiori is the only square in Rome without a church!

The Best Hotels in Campo and Farnese

The Best Hotels in Campo and Farnese for City Views 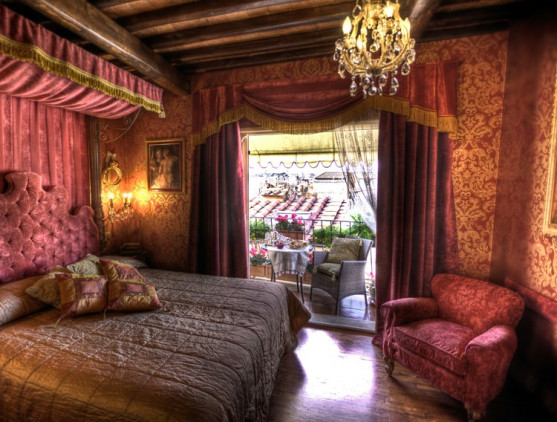 The Most Peaceful Hotels in Campo and Farnese

The Locanda Cairoli is a chic, comfortable hotel in a great location close to the Piazza Farnese. There are just 15 crisp, clean rooms, decorated in blues and yellows, and the feeling is of being in a private home rather than a modern hotel. 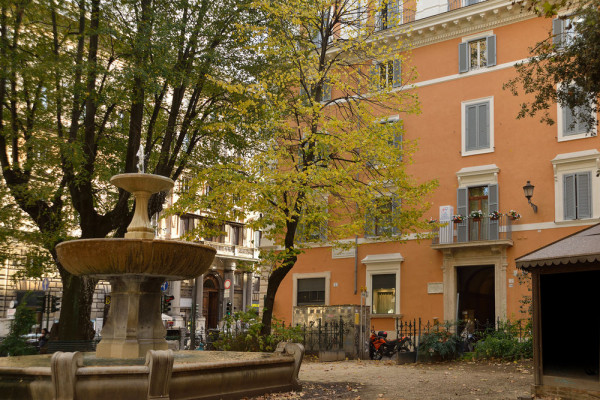 The Hotel Lunetta is a polished, contemporary, 30 room hotel with an excellent spa, in a great location between the Piazza Navona and the Campo de’Fiori. The rooms and suites have glossy parquet floors, exposed beams and enormous marble bathrooms, and the spa has a sauna and a hot tub.

The Best City Break Hotels in Campo and Farnese

G-Rough is one of the hippest spots in Rome. Its ten rooms have been converted from from a 17th century townhouse, and the parquet floors and original tiles have been retained, but they’ve added retro design furniture and exposed stone walls and the effect is chic yet modern. There’s a fantastic roof terrace and a buzzy bar.

The 4 Best Hotels in Campo and Farnese