Search the best hotels in Cyprus

When introducing Cyprus it's hard not to fall into the well-worn travel writing clichés, but it really is a island of contrasts, where old meets new, where the mountains meet the sea, where east meets west and where you can ski and swim in the same day — at least at certain times of year. And when it comes to the best places to stay in Cyprus we really do have something for everyone! The island has a huge array of accommodation options, ranging from converted farmhouses in the foothills of the Troodos Mountains to luxurious beach resorts, where every suite has a private pool. We have some excellent family hotels to recommend too, as well as some honeymoon hotel havens, and some pads where you can book a great value beach break.

Some of our Cyprus collections:

As well as its beaches, Cyprus is probably best known for its ancient treasures: the Hellenistic mosaics of ancient Paphos, the huge Roman theatre at Kourion, the medieval castles at Colossi, Limassol and Larnaka, and the wonderful frescoed Byzantine churches of the Troodos. And we’ve found that the best places to stay on Cyprus to make the most of its cultural highlights can generally be found in the heart of the island’s Old Towns. So you might want to start by reading our break down of which parts Cyprus you might find the best places to stay in?

Where to Stay? Which Part of Cyprus?

Don't forget that as well as attracting tourists in the peak summer months, this island is one of the top picks for those looking for some winter sunshine. So if you want to ensure your bed in one of the best places to stay in Cyrpus, get organised and book well ahead.

The Best Places to Stay on Cyprus

For a beach break

For all out luxury

The Best Beach Resorts on Cyprus 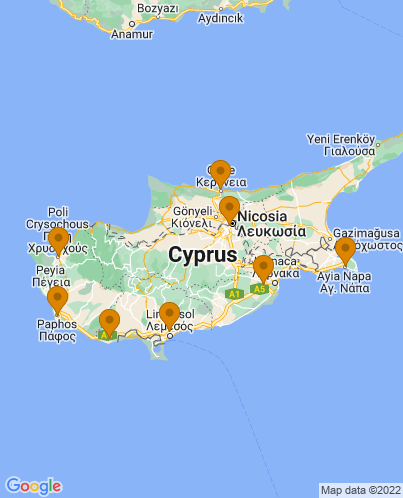