Search the best hotels in Lecce 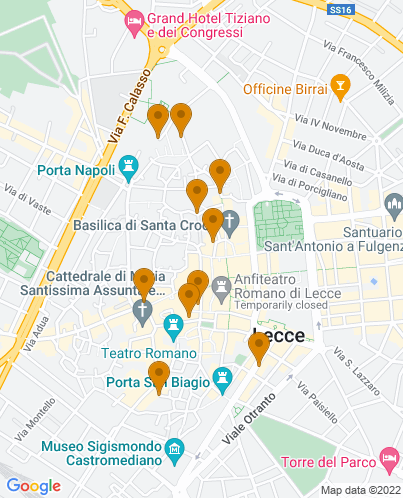 Frequently referred to as a 'baroque masterpiece', Lecce has been beautifully constructed from soft, pale local sandstone and is a fancy for those with fancy tastes. The elaborate architecture peaks on the hilltop at the centre of town with the Piazza del Duomo around the cathedral. Then there is the decorative masterpiece the Basilica di Santa Croce. This is where some of the best places to stay in Lecce can be found. As well as an architectural triumph, Lecce is fascinating historically and is the largest town on Puglia's beach-tastic Solento peninsula. So this is a wonderful base for anyone who enjoys mixing the sun and sand with a bit of cultural exploration.

The best places to stay in Lecce

For a peaceful spot