Search the best hotels in Texas 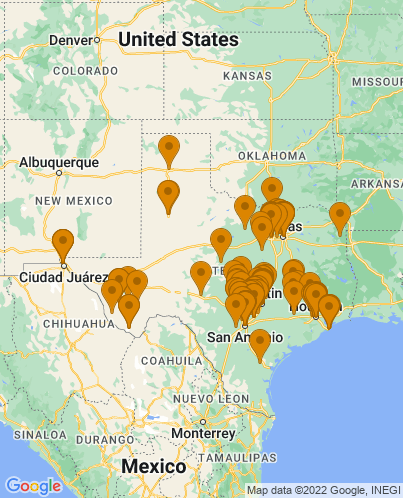 Some of our Texas collections:

It’s not just 10-gallon hats that are big in Texas; the state is big. It’s the size of the UK plus a fair slice of northern Europe. So you can expect the landscapes to vary hugely, too; from mountain ranges (some over 7000 feet) to windswept dunes and white-sand beaches, and from pine forests to tumbleweed plains. Urban life, also, ranges from the big-city lights of Dallas and Houston to slow-paced towns with cafes and antique stores. Our selection of the best places to stay in Texas is equally wide-ranging.

You can choose to laze around on the 367 miles of coastline, hike in Big Bend National Park - and it is big; the same size as Rhode Island - or kayak in the cypress-lined bayous in the north-east of the state. Or stare at the stars at the McDonald Observatory near Fort Davis; western Texas has some of the clearest skies in North America.

Prefer an urban scene? Dallas, as America’s ninth-largest city, combines a glittering, glassy, skyscraper architecture - best seen from the Reunion Tower’s GeO-Deck observation platform - with less showy places such as the ultra-hip Deep Ellum neighbourhood known for its rootsy live music, craft beers and Latin-American food scene. The city has plenty of galleries and museums, too, including the Sixth Floor Museum in Dallas, which focuses on President John F Kennedy.

In Houston, obviously you need to visit NASA’s Johnson Space Center - complete with the historic Mission Control room - then maybe stroll around the 19th-century Old Town, or take in some art at the Museum of Fine Arts with its nationally acclaimed collection of French Impressionists and post-1945 European and American art.

San Antonio has a fascinating Riverwalk in its downtown area; every evening seems to be fiesta time. And if music is your thing, head to Austin with its year-round programme of live-music concerts, including the South by Southwest Festival in March.

Of course, if you want a taste of cowboy life, you’re in the right place. The Texas Cowboy Hall of Fame is just one of the highlights, along with saloons, steakhouses and Western-gear shops, at Stockyards in Fort Worth. And for live rodeo action, visit Houston and San Antonio in February and March; livestock shows and concerts, too.

If you want to taste a bit of everything, use our guide to the best places to stay in Texas to plan your trip.

For a ranch-style hotel

For a classic historic hotel

For a designer pad

For more ideas, browse our list of the best places to stay in Texas, or contact one of our friendly gurus for advice.