Search the best hotels in Taormina 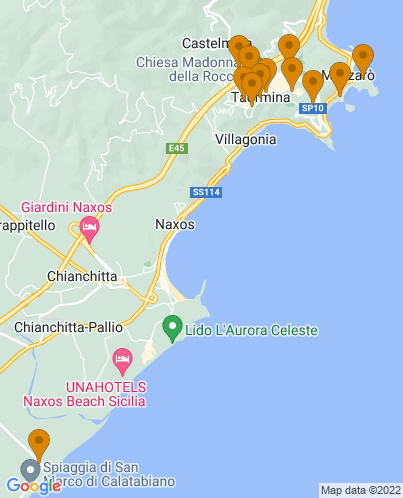 Idyllic, cliff top Taormina, with its wonderfully restored medieval treasures, spectacular view across to Etna, and visiting 'beautiful people', has been Sicily's most popular summer destination since the 18th century, when it was part of the Grand Tour. Even now, the best places to stay in Taormina evoke memories of this period with plenty of period features and classic luxury.

As well as the recommendations from Goethe, Gustav Klimt, Oscar Wilde and Federico Fellini, Taormina also boasts winding, but beautiful streets, complete with bars, restaurants and boutiques. Which might be what sold Taormina to Elizabeth Taylor, who also lends it her recommendation.

In addition to the beauty and life of modern Taormina, this town boasts some pretty spectacular ruins and some lovely cove-like beaches which you can reach by cable car. This is a very civilised sort of resort town.

Busy with Italians enjoying their own backyard in July and August, Taormina is better visited outside the Italian school holidays.

Our pick of the best places to stay in Taormina are all luxurious options, ideally situated for enjoying this fascinating town and its stunning views. For those looking for a self catering apartment in the city, we recommend the selection with our online partner, Booking.com.

Founded in the 4th Century BC, Taormina grew, and grew wealthy, under the Greeks, developing a citrus farming culture, then fell into obscurity under the Normans. A real microcosm of the whole island, Taormina has some of the best of Sicily's sights:

The beach is about 2kms below the town, and the coastline is dotted with seaside resorts in between long sandy stretches, broken up by rocky coves. Off the coast is a scattering of pretty, but rocky islands, just to add to the postcard-perfection of your surroundings. And to make for an interesting day trip on the water.

Don't forget that it's very busy here during the peak summer months, so if you want to guarantee a room in one of the best places to stay in Taormina in July or August, you'll need to plan well ahead and book early.

Taormina's romance is well documented, this was, after all, the place where D.H. Lawrence penned his 1928 novel 'Lady Chatterly's Lover'. Our choice of the best places to stay in Taormina for a spot of romance include: