Search the best hotels in Milan 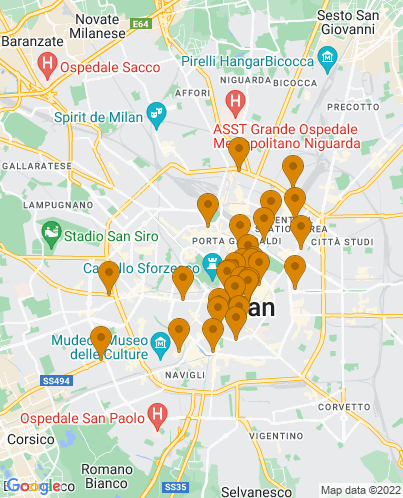 In spite of being home to some incredible art, including da Vinci's The Last Supper, and some incredible museums and architecture, Milan isn’t really a tourist city. Shoppers, foodies, art fans, and football, fashion and opera-lovers adore it, but it’s not quite beautiful. About 80 per cent of the Italian HQs of international companies are based here, or in the immediate surrounding area, so it makes sense that there are a lot of business hotels in Milan, and that the best places to stay in Milan are geared towards executives travelling on high end expense accounts. Milan’s other main claim to fame, design, is really well represented amongst its hotels too, and Milan has some of the hippest, coolest design hotels in Italy.

It sounds expensive doesn’t it, but we didn’t mean to scare you, some of Milan’s best design hotels are actually quite affordable, and we’ve included some of the best B&Bs in Milan on our list too. And some of the best places to stay in Milan if you want to eat and drink well of an evening.

While bargains in this city are thin on the ground, a handful of the best places to stay in Milan are delightful small hotels where it's not de rigeur to be dressed in head-to-toe black Prada crowned with a massive pair of dark glasses; we have listed our favourites below.

The Best Places to Stay in Milan

Our Pick’s for Milan’s Hippest Hotels

The Best Luxury Hotels in Milan

Some of the Best Value Hotels in Milan

Still not sure which is the best place to stay in Milan?