Search the best hotels in Okinawa 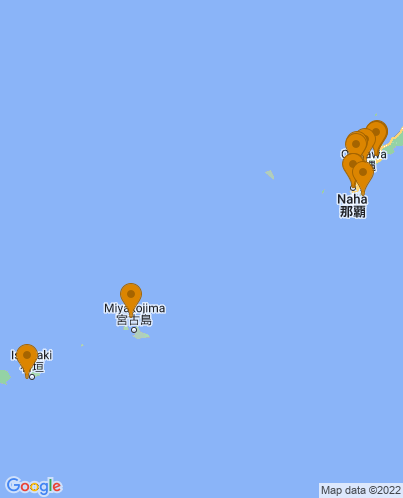 Starting with the literal translation of a place name is only really inspiring if it’s interesting, but Okinawa, or ‘the rope in the open sea’ is both literal and romantic. This stretch of 150-odd islands is long and thin: a rope bobbing up and down in the sunny subtropical sea between Japan and Taiwan. It’s probably the subtropical seas that appeal to many potential visitors to these islands, but the translation of the name will definitely tickle those with a romantic heart. And there are plenty of romantic spots in Okinawa.

Some of the other reasons you might favour Okinawa over one of the other groups of peaceful, coral-fringed islands off the coast of Japan’s main islands include the frequency of its appearance in magazines mentioning idyllic tropical honeymoons. And shopping. And Okinawa has the best museums. But there’s a lot else going for our recommendations for the best places to stay in Okinawa too.

Where to Stay - which city/island?

Don't forget that if you're planning a beach break, the best places to stay in Okinawa get extremely busy during peak holiday season. So get organised and book well ahead to avoid disappointment.

The Best Places to Stay in Okinawa

The Most Romantic Places to Stay in Okinawa

For a beach resort

Still not sure which is the best place to stay in Okinawa for you?