Search the best hotels in Auckland 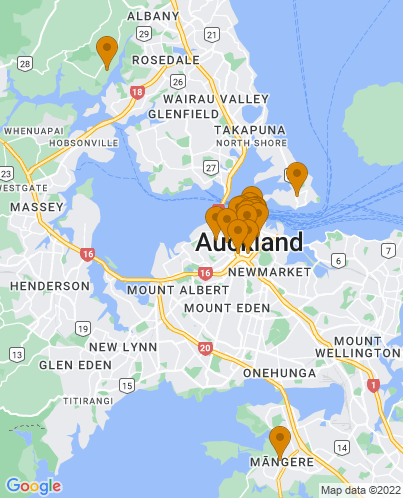 Auckland is the largest and most multicultural city in New Zealand, with a colourful Polynesian population and not just one, but two spectacular harbours, and a ring of volcanic cones punctuating the fertile landscape, creating plenty of opportunities for admiring this city’s beauty. As with all harbour cities you’ll find a lot of the best places to stay in Auckland have water views, but, to be honest, city views of this lovely sprawl of city and volcanoes, are arguably as good? In some of our recommendations for the best hotels in Auckland you won’t even have to choose.

Auckland has sprawled outwards into an endlessly growing ring of suburbs, enveloping other communities into itself, so some of the hotels we’re listing as the best places to stay in Auckland might look a bit ‘off centre’ if viewed from a European standpoint. But you have to remember that Auckland’s open spaces and large blocks of land equate to a more Californian style reliance on cars and public transport, and even if they look a long way away, they’re probably only 15 minutes or so on a train from the Harbour Bridge. Or, in the case of our recommendations in Devonport, 15 minutes on the ferry. One of the advantages of this sort of city is that the different suburbs have more of a village-y feel and more of their own unique personality. So it’s probably quite useful to start by considering our Which Neighbourhood? section.

Some of our Auckland Collections:

Because of Auckland’s layout it’s useful to have access to a car, though most of the sightseeing highlights have reasonable public transport access. The ferry offers great access to historic Devonport, as well as some great beaches, the wineries and olive groves of Waiheke Island about 45 minutes away, and Rangitoto, a large volcanic island which you can see to the east of the city.

This city is a busy, thriving centre, and is a popular year round destination. If you want to guarantee a room in one of the best places to stay in Auckland, do your homework and book well ahead.

The Best Places to Stay in Auckland

For a B&B or Guesthouse

Prefer an Apartment or Private Rental?