Search the best hotels in Oxfordshire 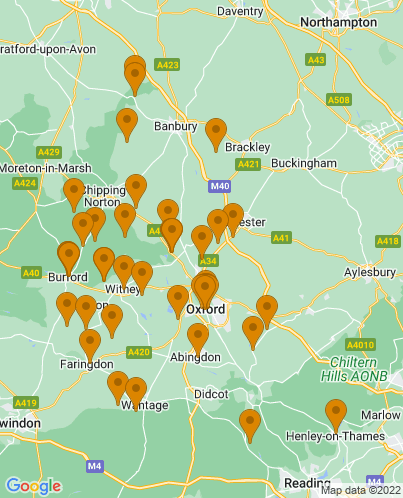 Some of our Oxfordshire Collections:

Oxfordshire conjures up images of ethereal "dreaming spires", scholarly pursuits and thatched roofs, but there is much more to the county than one of the world's oldest and most famous universities. The landscape is varied, with the charming villages of the Cotswolds to the north and the rolling vistas of the Chilterns to the south. So plenty of the best places to stay in Oxfordshire aren't in fact near the famous county town at all.

Oxfordshire's scenery is well seen on foot or two wheels - if you're up for a more active Oxfordshire odyssey try the Green Belt Way, a fifty mile circular path around the city of Oxford itself, or the Oxfordshire Way, which stretches from Henley to Bourton on the Water. Even Oxford itself is very cyclist friendly - think of all those cyclists in gowns you see on "Inspector Morse".

If you're here to lap up the history and culture, you'll of course find plenty of that in Oxford, with its graceful architecture. Well-heeled Henley is also worth a look, an elegant, riverside town known for its regatta.

The best places to stay in Oxfordshire provide a good base from which to explore, and don't forget to make sure that Blenheim Palace in Woodstock is on your radar with its beautiful gardens by Capability Brown or Wallingford Castle dating back to the medieval period.

The Best Places to Stay in Oxfordshire

Oxfordshire is a great base for exploring the Cotswolds - here's our pick of the best spots:

For a Country Escape

The Best Value Places to Stay in Oxfordshire

Prefer An Apartment Or Cottage?