Search the best hotels in Paris 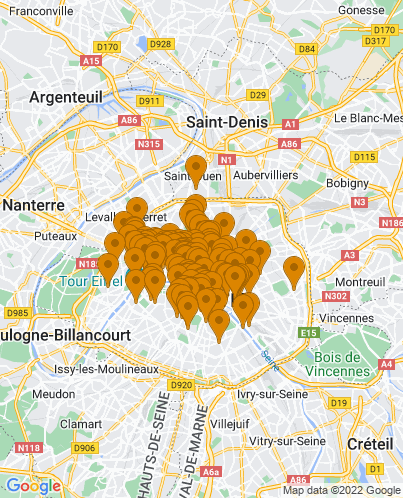 Paris has been lauded, doted upon, and sung about by so many people that there's little to add. So let's keep it simple: it's incredibly beautiful; it’s home to a glorious array of art; and its grand boulevards and their cafe culture offer one of the most pleasurable ways imaginable to while away time. But, and this is a BIG BUT, Paris’s hotel rating system is famously variable. Some call it charming, or eccentric, but for most it’s a real challenge. Which is why personal recommendations from the Hotel Gurus are particularly useful when it comes to the best places to stay in Paris.

Some of our Paris Collections:

Based on our combined experience, the best trips to Paris involve proper explorations, and new discoveries, as well as the appreciation of old haunts. So even if you think you know where you want to stay, and you’re heading straight down to our location based recommendations so you can be close to your favourite bistro (the one with the incredible runny cheese and the coffee that’s strong enough to make you wince), it’s worth having a quick look at our recommendations based on the type of accommodation too. Plus, Paris has always been a wonderfully changeable feast, and you never know, you might just j’adore a new face in our constantly updating Paris hotel picks.

One last thing to remember when you're plannning your trip. Book early...the best places to stay in Paris are very popular year round!

The Best Places to Stay in Paris

Some of the Most Romantic Hotels in Paris

Stay near the Champs Élysées

Stay near the Eiffel Tower

Still not sure where to stay in Paris?