Search the best hotels in Vietnam

Long, narrow Vietnam has a lot of extremely beautiful coastline, but don’t stop your explorations there, the interior is incredibly varied and dramatic for the same reason. There are tropical, lowland jungles, home to elephants and leopards, and ancient karst mountains riddled with caves and underground rivers. And these are just the natural elements, Vietnam and the Vietnamese people offer lively commercial interactions at regular opportunities, but also tales of a history burdened with conflict. Occupied by China, France, and to some extent culturally, by America, Vietnam’s culture, food and architecture reflect these influences, but also builds on them, offering a really diverse range of experiences from the soul-touching and contemplative, to busy, hedonistic good times. And you can fit both into the same trip, and many in between. Our Gurus will help you start planning your trip with our recommendations for the best places to stay in Vietnam, based on both the places you might want to visit and the kind of experience you’re looking for for Vietnam.

Vietnam’s cities are more than just the places most visitors will arrive via. Vietnam's capital, Hanoi, buzzes with life, from the ancient chaos of the markets in the Old Quarter to the modern chaos of the traffic system. The Old Quarter is a wonderfully uninterrupted warren of colonial and pre-colonial architecture and there are few buildings that are over five storeys high. And there's a wonderful east meets west look to Hanoi. The gardens and riverside markets are quintessentially Asian, but the boulevards are positively Parisian. This makes sense considering the French made Hanoi the capital of French Indochina from the 1880s to the 1950s.

And then there’s Ho Chi Minh City: it wasn’t long ago that Ho Chi Minh City was Saigon, capital of the Republic of Vietnam, and much of the buzz and freshness of this city today stems from the dramatic changes that took place here in the 70s. Commerce is a busy, whirling king here, but the city’s cultural side, which embraces the past with vitality while propelling life forward, is a very powerful queen. Ho Chi Minh City is a wonderful mix of old and new, which is especially obvious in the architecture: French colonial and modern Vietnamese standing side by side.

Use our guide to the best places to stay in Vietnam and start to plan your trip.

The Best Places to Stay in Vietnam

For a City Break in Hanoi

For a Vietnamese Beach Break

For a self catering Apartment or Private Villa

Still not sure which is the best place to stay in Vietnam for you? 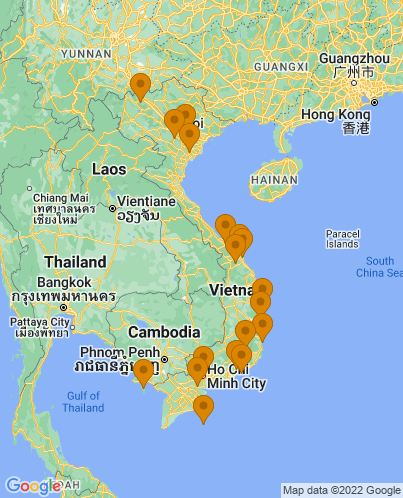