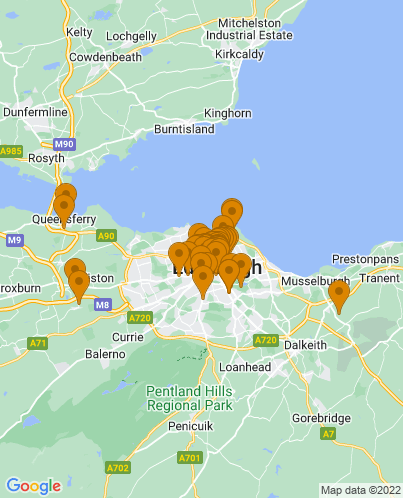 Edinburgh packs a lot in to its small footprint. Basically it’s hilly, historic and deeply beautiful, and even our most central picks for the best places to stay in Edinburgh will see you walking up and down a lot. The selection of accommodation in this city is wide. You'll find everything from cheap and cheerful hostels, through average big chain options to chic little guesthouses and five star luxury city hotels. We favour the smaller independent properties, and we've even tracked down a lovely old lighthouse tender, which has been converted to a stunning floating hotel in the heart of Leith.

Some of our Edinburgh Collections:

Edinburgh is a city of many differing faces from the Old and New Towns, through to trendy Stockbridge and edgy Leith. Our neighbourhood guide will help you choose the best area for your stay, especially if this is your first trip to the city.

This city is a hugely popular destination year round, but come August it's Festival season and it's almost impossible to move here! So if you want to be part of the festival fun and book one of the best places to stay in Edinburgh, you'll need to plan well ahead to avoid disappointment!

The Best Places to Stay in Edinburgh

For a memorable stay

The Best Hotels on The Royal Mile

For the New Town

For a City Break Hotel

Some of Edinburgh's Best B&Bs